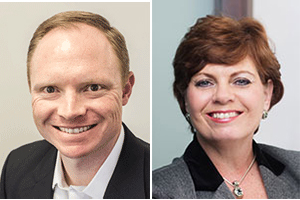 "Medical billing is unique. It's different from any other service," says Tammie Lunceford with Warren Averett. "There are so many layers to getting paid." From aging claims to an overbalance of credits or from pre-surgery patient payments, clinics can be continually trickling away their revenue or endangering their financial stability from simple lack of oversight.

Handling insurance claims can be particularly complex. "There isn't just one person responsible for those collections. Everyone at the clinic or hospital has a part to play," Lunceford says. The problem can begin with the clinician. She knew one physician who held patient encounters for 60 days, leaving little room for claims to be reviewed and corrected before passing the dangerous 90-day mark.

"You want all payments in before 90 days because after 90 days, nothing good happens," Lunceford says. Statistics show 35 percent of reimbursement claims and patient bills do not get paid after those crucial three months. Only 10 percent get paid after a year.

If after 30 days, a reimbursement has not been paid, statistics have found that the error mostly fell to misinformation on the claim, such as the patient providing the wrong information or a coding error. But without a process for following up and correcting these claims, revenue needlessly slows and becomes jeopardized.

The amounts owed can become staggering. One cardiology practice lost $500,000 in reimbursements because a certain procedure required notes or responses to the insurer that were never submitted. "So the claims aged out past the insurance company timeline, and they lost that revenue," Lunceford says. Most payers give a claim 12 months to be successfully processed.

With the nationwide staff shortage, many practices have had a hard time finding people to handle reimbursement, further exacerbating the unpaid claim problem. Some clinics have chosen to outsource only their aging claims to billing companies. "That's the right thing to do if you can't focus on it internally," Lunceford says. "Because the clock is ticking." The 90-day bucket of unpaid claims and patient bills should hold less than five to 15 percent of the practice's accounts receivable.

"The practices that collect from patients best are performing at the highest level," says Cal LaGroue with the Valletta Group. Having the patient's credit card on file can be the answer. If the patient pays $20 at the time of the service, but ends up owing $50, no action is needed. Instead, the practice's credit card vendor automatically charges that $30 outstanding balance at end of day. "The merchant vendor would batch out just like if you were running that card in the office that day," he says. "This is how to keep your patient balances as low as possible."

This is a newer option in the healthcare industry and clinics may be hesitant to use it. But through a credit card agreement, the patient determines the parameters alongside the practice. They can decide the maximum to deduct and the payment schedule, such as $100 per month.

This option also overcomes the challenge of larger balances due post-procedure. "Sit down with the patient and set up a payment plan after the procedure," LaGroue says. "Every time is a new agreement for each of those balances. You could try to collect cash up front, but then you get into credit balances."

Credit balances present a new accounting headache in healthcare. When high deductibles came on the scene in the last few years, clinics found themselves needing to collect those large amounts for the first time. As a solution, they started requiring any unpaid deductible up front and putting it in a holding bucket on the account.

"Everybody focuses on collections for services; no one is running a credit account report. They have blinders on," Lunceford says. But if the deductible is incurred by another provider, such as the surgery center, the practice is left with a credit balance that is not earned profit. If not paid back, those credits can add up and cause trouble.

Credits do not always derive from collecting deductibles. One plastic surgeon built credits over years of more than $750,000 from selling cosmetic procedure packages, such as chemical peels, that were never redeemed. "They had no services to overset that revenue, so it was all credits," Lunceford says. "If you have credits not resolved on account, your profit is inflated."

Artificial profits can lead to a painful outcome. When a surgeon with a $250,000 credit on his account had a debilitating accident, he was forced to sell his practice. "The purchaser was willing to buy his accounts receivable, but not his credits," Lunceford says, biting into what the surgeon had expected as profit.

That same situation arises when a physician wants to retire. The partners should make sure any credits are taken from his profits before he leaves so they are not holding liability for that provider.

"You have to have processes in effect to keep the entire revenue and credit resolution optimal and continually reviewed," Lunceford says. "It's a huge administrative burden to have claims or credits build and have to go back and clean that up."