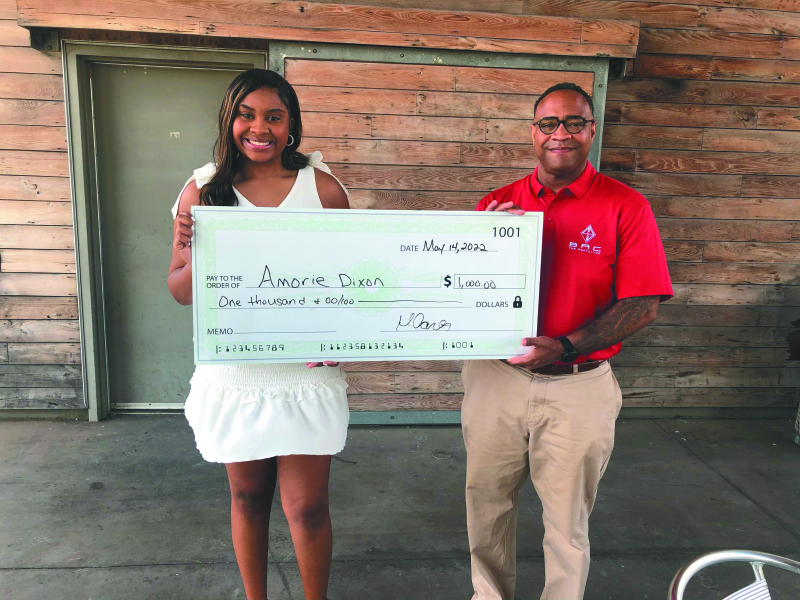 Hernando Carter, MD has achieved his lifelong dream of becoming a physician, and in the spirit of giving back, he wants to help extend that opportunity to other people of color who are pursuing a career in medicine.

Born premature at just 28-weeks, Carter spent the first six months of his life in the newborn intensive care unit and suffered from upper respiratory health issues, including asthma and bronchitis, as a child which meant he spent a lot of time in the pediatrician's office.

"I always looked up to my pediatrician and viewed her as a role model," Carter said. "When I was four years old, I told my family I wanted to be a doctor. I knew from that young age what my goal was, but I didn't have a clue about how to get there." When touring Morehouse College, he met Thomas Blocker, PhD, who was a member of the Morehouse Office Health Professions for over 30 years. His meeting with Blocker sold him on enrolling in Morehouse and beginning his journey toward a medical career.

Growing up black in Birmingham was a challenge Carter had to overcome. "I felt there were a lot of visible and invisible barriers and limitations," he said. He believes that the faculty and administrators at Morehouse spent a lot of time helping the students remove those self-imposed barriers and encouraging them to realize their potential.

Blocker had a personal mission to help students who were interested in the medical field achieve their goals. He called Carter's mom when he got a C in biology class, took him on trips to tour medical schools and wrote for grants to help students pay for preparation courses for the Medical College of Admissions Tests.

After graduating and becoming a physician, Carter wanted to come home and give back to his community. "I knew that there was a space I could fit into that would blend mentoring and community service as far as health, education and promotion of health equity," he said. He had this in mind when he formed the Prescription for Better Life scholarship program.

Prescription for Better Life aims to increase the number of Birmingham-native black and brown youths pursuing healthcare careers. Carter focuses on students from Birmingham specifically because health care is one of the main industries of the city and there are many opportunities. "I think that if we can expose young people and they can see what is out there, we can help them make a better life for themselves and their families for generations to come. And we can retain a lot of the talent that we have here in Birmingham that otherwise tends to leave," Carter said.

This is the second year of operation for Prescription for Better Life and the program was able to give two students a scholarship of $1,000 each. The application process can be found online and asks students what inspired their career choice, their grade point average and standardized test scores, among other things.

Amore Dixie is one of this year's scholarship recipients. She is graduating from Springwell High School and was involved in Beta Club, Student Council and dance team. As she continues her education at Tennessee State College, she plans on becoming a nurse anesthetist.

After applying for the scholarship, she was asked back for an interview. "I was nervous at first but I think I did pretty good," Dixie said. The interview is the first step in the mentoring process where the students can get pointers and advice about college from Carter.

The scholarship is given directly to the student to use for books, supplies or whatever they see fit. Dixie plans to use her scholarship money to pay the remaining balance on her tuition and books. "We don't have a lot of opportunities in higher positions so I think that Dr. Carter has helped a lot of people with this scholarship and it will help me out," she said.