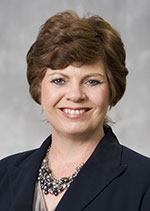 "No one is going to care about collecting your money as much as you will, so normally I'm not a proponent of outsourcing," says Tammie Lunceford, CMPE, CPC, with Warren Averett. Certain situations, however, can make outsourcing the best option for practices.

"If the practice is small and has limited staffing or space, then it's reasonable to outsource," Lunceford says." Large group practices with five-plus doctors, though, have strong management and are more equipped to manage the billing cycle onsite."

Occasionally, a large group cannot hire the six to eight people needed to maintain their billing and claims cheaper than what an RCM company can do. "But most of the time, larger organizations, if they're efficient, can do it at a cheaper rate," Lunceford says.

However, for one clinic Lunceford worked it, outsourcing became the answer. Their in-house revenue cycle management (RCM) had deteriorated to the point that the cost of renovating their system outweighed what an outsourcing company could offer. The practice's servers were outdated, their software was five versions behind, and staff did not include relevant coding or billing talent. A search for outsourcing options brought a deal to update the clinic's software, bring them cloud-based technology which lessened their reliance on servers, and provide $50,000 of onsite training for a staff lacking in a cohesive workflow.

Most outsourcing companies only handle the claim submissions aspect of the revenue cycle. The billing, coding and collections remain within the practice. "Many practices think that if they have to do all that, they might as well do the claim part too. Just submitting claims is the easy part, they think," Lunceford says. "And if they know what they're doing, it is easy. If not, the delays in the revenue stream will hobble and possibly close the practice. Claims submission is the most technical part of the billing cycle. Outsourcing brings expertise of the process, the payers, and of the practice management software the practice uses. They will know that system better than anyone, so they're using best practice methods."

That knowledge gets shared with the staff as needed, such as using the system to identify the copay, eligibility, deductibles and out-of-pocket expenses for each patient, so the practice knows exactly what to collect at the time of service.

Outsourcing companies also invest in dashboards to track the flow and errors in a practice's billing system. This helps the practice pinpoint any problems that are preventing collections. For instance, it may show that an employee is inputting the wrong insurance data, which can alert managers to the need for more staff training.

But practices need to understand the limitations and costs of outsourcing before signing on the dotted line. For instance, RCM companies can bill for services or support that might be assumed to be part of the basic package, such as generating reports, printing documents, and beginning or cancelling services.

In order to decide whether or not to outsource, clinics can assess their key performance indicators in their billing cycle: rejection rate, charge lag, and total aging. "Your rejections should be less than three percent of your claims," Lunceford says. "The charge lag, which reflects the amount of time between when the service occurred and when it was entered into the system, should be within 48 hours, and you should be submitting claims daily."

The aging of a claim refers to the length of time an invoice has been outstanding. "Claims over 90 days should be less than 12 percent of total accounts receivable," Lunceford says. "If there is a lot of money in aging, that means follow-up is not being done at 30 and 60 days, and you're not collecting easy money."

Cost also indicates whether a practice should outsource RCM or handle it in-house. Most outsource companies charge four to five percent of the total earnings--eight to nine percent for primary care. "That's how revenue cycle management companies get paid. They take it off the top," Lunceford says. "So if a group can do it cheaper, they keep it in-house."

Earning their fee off revenue collected means the RCM company is as motivated as the practice is to raise all reimbursements quickly. "If you take five days for the coding, or you have a high denial rate for a certain code, they will pick up on it so you can correct it," Lunceford says. "That guidance can improve your reimbursement rate."