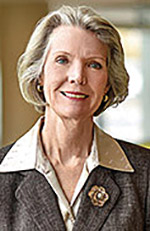 William Kendrick Hare, MD (deceased). Hare, a professor of pharmacology, was the first full-time chair of the Department of Pediatrics, serving from 1951 to 1963.

Howard Houser, PhD. Houser is professor emeritus in the Department of Health Services Administration and a former associate dean in the School of Health Professions. Houser orchestrated the desegregation of UAB Hospital in 1965. He created a program to educate Chinese students in health administration, graduating the first class in 1989. Since then, he hosted more than 100 visiting students and scholars and helped establish a pediatric hospital China.

Cynthia Selleck, PhD, RN. Selleck began her career at UAB in 1981 as an assistant professor in the UAB School of Nursing and graduated from the school with a PhD in nursing in 1987. She has led 45 grant-funded projects to expand the number of primary care health professionals in rural and inner-city underserved areas. She led the establishment of the Nurse Family Partnership of Central Alabama. She also served as director of the Area Health Education Center Program. 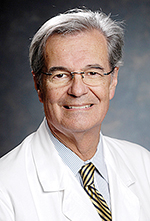 Sergio Stagno, MD. Stagno was the chair of the Department of Pediatrics from 1989 to 2014. He was also physician-in-chief of Children's of Alabama. In 1993, he was appointed the Katharine Reynolds Ireland Chair of Pediatrics. He also served as interim vice president for Health Affairs in 1995, interim president of the University of Alabama Health Services Foundation in 2008 and as president of HSF from 2010 to 2012.

Research to Understand How Exercise Affects the Body at Molecular Level

The UAB Center for Exercise Medicine is one of the clinical sites participating in the nationwide, NIH-funded Molecular Transducers of Physical Activity Consortium study, or MoTrPAC, which aims to increase our understanding of how exercise affect our bodies by measuring molecular changes in healthy adults and children before, during and after exercise.

The Department of Family and Community Medicine at UAB has been awarded a $7 million grant from United States Department of Health and Human Services to train additional family medicine physicians to serve in rural and underserved areas of Alabama.

UAB stands 22nd in the nation in NIH Funding

Research funding to the University of Alabama at Birmingham from the National Institutes of Health topped $300 million in 2019, placing UAB 22nd in the list of universities receiving funding from the NIH. Among public universities, UAB ranks ninth.

Walker Named to Samford University Board of Trustees

Dr. Cecelia Walker, executive director of chaplaincy and clinical pastoral education for Brookwood Baptist Health, has been elected to the Samford University board of trustees. Samford's 40-member board serves a four year appointment as the governing body for the university.

A study led by the National Institutes of Health, the University of Alabama at Birmingham and the University of Pittsburgh will examine how many adults in the United States have been infected by the novel coronavirus but did not know they had it.

Birmingham-based AirMed International, one of the leading air medical transport companies in the world, has added a medically configured Hawker 800XP aircraft to join two other AirMed owned and operated Hawker jets at the Birmingham International Airport.

Jeffery Lebensburger, DO, director of the UAB hematology section in the Division of Pediatric Hematology Oncology, has been awarded an R01 grant by the National Institutes of Health.