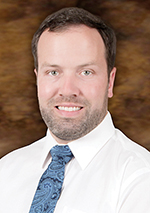 After medical school, he completed his general surgery residency at Brookwood Baptist Health where he was the resident ambassador to the American College of Surgeons. He was also awarded the Hugh Linder Award which recognizes the top surgical resident in the program.

While at Auburn, Thompson served as an EMT and firefighter with the Auburn City Fire Department. He has also volunteered on surgical mission trips to Honduras and Guatemala.

"I look forward to working with the community in Cullman and the surrounding areas to provide excellent surgical care close to home," he said.

Research to Understand How Exercise Affects the Body at Molecular Level

The UAB Center for Exercise Medicine is one of the clinical sites participating in the nationwide, NIH-funded Molecular Transducers of Physical Activity Consortium study, or MoTrPAC, which aims to increase our understanding of how exercise affect our bodies by measuring molecular changes in healthy adults and children before, during and after exercise.

The Department of Family and Community Medicine at UAB has been awarded a $7 million grant from United States Department of Health and Human Services to train additional family medicine physicians to serve in rural and underserved areas of Alabama.

UAB stands 22nd in the nation in NIH Funding

Research funding to the University of Alabama at Birmingham from the National Institutes of Health topped $300 million in 2019, placing UAB 22nd in the list of universities receiving funding from the NIH. Among public universities, UAB ranks ninth.

Walker Named to Samford University Board of Trustees

Dr. Cecelia Walker, executive director of chaplaincy and clinical pastoral education for Brookwood Baptist Health, has been elected to the Samford University board of trustees. Samford's 40-member board serves a four year appointment as the governing body for the university.

A study led by the National Institutes of Health, the University of Alabama at Birmingham and the University of Pittsburgh will examine how many adults in the United States have been infected by the novel coronavirus but did not know they had it.

Birmingham-based AirMed International, one of the leading air medical transport companies in the world, has added a medically configured Hawker 800XP aircraft to join two other AirMed owned and operated Hawker jets at the Birmingham International Airport.

Jeffery Lebensburger, DO, director of the UAB hematology section in the Division of Pediatric Hematology Oncology, has been awarded an R01 grant by the National Institutes of Health.