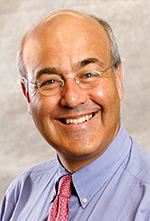 The Endocrine Society is a global community of 18,000 researchers, physicians and healthcare professionals focused on advancing hormone science from bench to bedside.

The Society supports and shares the work of an international coalition of basic and clinical scientists conducting research across the full spectrum of chemical signals, conditions and disease states tied to the endocrine system. In addition, the organization provides evidence-based practice guidelines, publishes major developments across a series of peer-reviewed journals, advocates for public policy beneficial to patients and practitioners, and conducts public education and outreach through the Hormone Health Network. The annual ENDO conference brings together the full complement of members to discuss the latest new news and breakthroughs in the field.

Robert W. Lash, MD, chief professional and clinical affairs officer for the Endocrine Society, recently sat down with Medical News to share what's on tap for ENDO 2020 and other ways the Society supports researchers and works with providers.

"The Endocrine Society over the past century has had members who have won 10 Nobel Prizes. We have a strong history of basic science," Lash noted.

A general endocrinologist who spent two decades on faculty at the University of Michigan before accepting the newly created Endocrine Society staff position in 2017, Lash is responsible for leading major initiatives designed to accelerate scientific breakthrough, interacting with strategic partners and policymakers, communicating with the public and serving as a content expert. While diabetes and thyroid conditions tend to be the most recognizable endocrine conditions, he added the Society has expertise in research and practice from adrenal disease and bone health to obesity and transgender medicine.

Taking the Message on the Road

"One of our goals is for the next generation of basic scientists to feel as connected to the Endocrine Society as previous generations," said Lash. To help build that relationship, staff and volunteer leadership have reached out to share scientific insights and information on grant programs and meetings with scientists in the field.

"We talk about how we can help them, particularly early in their careers, become successful basic science investigators," Lash explained. Whether it's young scientists or physicians, he continued, "We want to make sure our trainee members are prepared to make the transition to becoming independent practitioners."

The biggest 'road show' each year is the annual ENDO conference. This year, more than 9,500 attendees are expected to attend the March 28-31 meeting in San Francisco. Nearly 40 percent of those registered are international members with the balance coming from across the United States.

"Meet the Professor" breakout sessions take a deeper dive on 15-20 topics of interest. "We actually publish a book and videos of the Meet the Professor sessions," Lash said of the recognition that there is broad interest in much more content than can be fit into an individual's onsite schedule. To help navigate a packed agenda, he added ENDO 2020 also features pathways by topic of interest. "We're also livestreaming sessions for the first time this year."

Lash added 2020 marks the 25th anniversary of the Society's formalized commitment to diversity and inclusion and noted there is an exciting slate of pre-conference activities including an early career forum and a hands-on thyroid ultrasound workshop, among other offerings.

On the practice side, Lash said there are a number of endocrine diseases where other providers routinely refer patients to an endocrinologist, including those with thyroid cancer or pituitary and adrenal gland concerns. "Then there's the part of endocrinology where other physicians often don't refer and are probably right not to refer," he continued of patients with well-managed type 2 diabetes or hypothyroidism. "Where it gets interesting is that gray zone. Who with diabetes really needs to see an endocrinologist? Who with thyroid disease might need to be referred? And that's where I think endocrinologists and primary care physicians need to be talking to each other more," he said.

While most patients with type 1 diabetes will see an endocrinologist, Lash said those with type 2 who are not as easily controlled are good candidates, as well. When it becomes difficult to hit on the right combination of insulin alongside other medications ... or when the diabetes conversation begins to eat up most of the appointment ... Lash noted, "It might be time to refer to an endocrinologist, so as a primary care provider, you can focus on the whole patient."

Another area where providers might not immediately think to refer to an endocrinologist is with transgender patients. Yet, Lash said the Society has significant expertise in this growing field. "We have some of the best regarded guidelines on transgender medicine," he stated, adding Society guidelines have already been translated into Spanish and are in the process of being translated into Mandarin and Portuguese. Providers in Vietnam have asked to translate the guidelines for use in their country, as well.

Lash noted the Endocrine Society has held briefings with policymakers on Capitol Hill about gender-affirming care for transgender and gender incongruent individuals that is grounded in science and meant to dispel myths that persist in the public arena. "This is an area where we really believe we've been leaders. The Society's resources are state-of-the-art, and our members who practice transgender medicine are really the leaders in the field," he said.

While diabetes plays a big role in the field, Lash pointed out the endocrine system impacts a wide range of conditions from cardiovascular health to fertility. Whether it's cholesterol that's unresponsive to medication or a newly diagnosed cancer patient trying to figure out how to achieve parenthood after treatment, Lash said endocrinologists welcome the opportunity to offer their expertise. "We look forward to helping our colleagues help patients live their best possible lives," he said.

"There's never anything wrong with asking for help," Lash concluded. "Medicine is practiced best when it's practiced as a team, and endocrinologists really relish being part of that team."