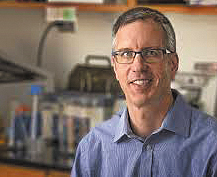 Researchers at UAB and HudsonAlpha Institute for Biotechnology in Huntsville have learned new information about genetic risk factors that may contribute to dementia, potentially pushing the medical field closer to early detection.

The study, recently published in Molecular Case Studies, focused primarily on patients with early-onset dementia. With funding from the Daniel Foundation of Alabama, patients from the UAB Memory Disorders Clinic received genetic sequencing at HudsonAlpha.

"If we can create a more complete picture of the constellation of risk factors for dementia and observe the ways they interact, it could lead to more effective early tests to identify individuals who may be at high risk for dementia," Cochran said. "This is critical because the most effective treatments for these diseases will be those that are administered early."

The study looked at 32 patients, whose symptoms started at age 54, on average. More than 85 percent had some family history of dementia, and half have a strong family history. Diagnoses ranged from Alzheimer disease to frontotemporal dementia.

"The study found many of the patients carried risk variants in relevant genes," said Erik Roberson, MD, PhD, professor in the UAB Department of Neurology. "We were able to demonstrate where some of their familial risk was coming from, which matters a lot to both the patients and their caregivers."

Roberson says that there are some gene mutations which are known to lead to dementia, but the majority of patients with early-onset dementia do not have those mutations. Instead, the results of this study suggest that a cumulative effect from multiple risk variants may be responsible for many early onset cases.

In some cases, these patients have more information if they want to get their families tested to see if they do harbor one of the near-certain disease-causing genetic changes, which can sometimes also qualify them for clinical trials.

The work continues with support from HudsonAlpha's Memory and Mobility Fund. All patients in the study also provided additional biological samples to be used in researching biomarkers. The recently completed study looked for so-called germline risk factors -- contributors that a patient would have from birth. Future phases will look at immune signatures from these patients, hoping to find early ways to see the body responding to the onset of dementia.