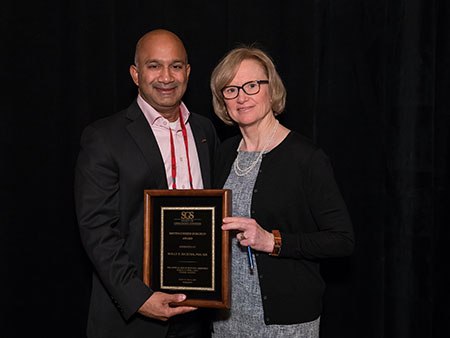 "Since its inception in the '60s, the Society for Gynecologic Surgeons has been an advocate for women's gynecologic surgical health and innovator of safer, evidence-based surgical procedures and validated surgical outcomes," Richter said. "Today, the Society represents more than 400 gynecologic surgeons from all surgical subspecialties, so I am deeply humbled to have been recognized with this award."