The Art of Collecting Procedure Payments 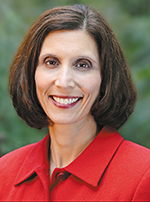 "People don't think about their deductible and when the time comes, we have to educate them about their insurance," says Lisa Warren, CEO at Andrews Sports Medicine. "They're unpleasantly surprised when they find out they're responsible for their surgery."

With higher deductibles and out-of-pocket maximums reaching $5,000 or more, physicians and hospitals now find collecting payment from patients for procedures an ongoing predicament. "Many policies are high deductible, including through an employer, so their $5,000 deductible is their entire case in most of the physician components," Warren says. "Basically, they're paying for their entire surgery."

Patients with higher deductibles are twice as likely not to pay outstanding balances. According to an analysis of 400,000 claims by the healthcare research firm, The Advisory Board, more than two-thirds of patients with deductibles under $1,000 were likely to pay at least some portion of what they owe. Only 36 percent of those with deductibles over $5,000 made payments.

Maddox Casey, a CPA with Warren Averett, says the motto for getting paid for procedures is ask early and ask often. "The process starts at pre-visits when talking to the patient to schedule the appointment. Get the patient ready to pay in full before the procedure is done," he says. Hospitals and practices must tell the patient they will not book the room, the time, or the staff for the procedure until they have paid 100 percent.

"Now you've got to collect it," Casey says. Before the patient shows up, get half of what is owed. Collect the remainder the day before or day of the procedure. "If they don't have it, know whether you have the flexibility to reschedule." Some procedures, like emergencies or cancer treatments, may need to proceed. In other situations, collecting at least some monies on the day may make it worth proceeding.

"A patient is rarely going to pay the first time you ask," says Jim Stroud, a CPA also with Warren Averett, adding there is an art of knowing how to collect, such as word choices. "It's not will you pay today, but how will you pay."

Anything going home with the patient, like samples or paperwork, should be handed out by the check-out person who needs to start off by asking for payment. "The implication is that I will give you everything you need when I get payment," Stroud says. "Otherwise, if you give them everything in the exam room, their next goal is the exit door."

Doctors also need to be coached to stay out of the payment conversation. If the patient begins talking about payments, physicians should state they do not deal with handling payments and to talk with whoever is designated on staff for handling payment plans. "When doctors make exceptions for friends, it's discouraging to the staff," Stroud says.

One of Warren Averett's physician clients found success with a full-payment deadline set a month in advance of the procedure. "Then he moved it to 45 days before, and that extra 15 days helped to postpone fewer procedures," Stroud says.

Warren says the majority of their orthopedic patients will reschedule until they can pay. Their practice of 19 physicians and surgeons also employs a dedicated financial counselor who calls patients in advance to talk payments.

For greater security, holding a patient's credit card on file for the procedure balance offers a back-up for payment. "Then it shifts from you being the bank to the credit card company being the bank," Casey says, warning to store the card number using a third-party encrypted software.

With the card on file, any balance due on the day of the procedure is charged to that account or according to a pre-set payment plan. "They sign a credit-on-file agreement, same as in a hotel," Casey says. "The agreement stipulates the payment plan and the maximum to be charged. A credit card-on-file system does increase your collection percentage. It's impossible not to."

CareCredit offers another option for patients. A credit card only for medical expenses, it offers a set line of credit interest-free for the first six months. "Some patients are already set up with CareCredit, but it can be hard to qualify for," Warren says. Other medical credit lines exist with easier qualifications, but without the interest-free period.

"The farther into the collection process you go, the less likely you are in collecting it all. Like paying for a meal billed 15 days later, you've forgotten it by then," Casey says.

"The good news is it gets easier every time," Stroud says. "The process takes over and the money comes in. The other side of that is you have to be respectful of patients in return--don't make them wait an hour, and don't cancel."