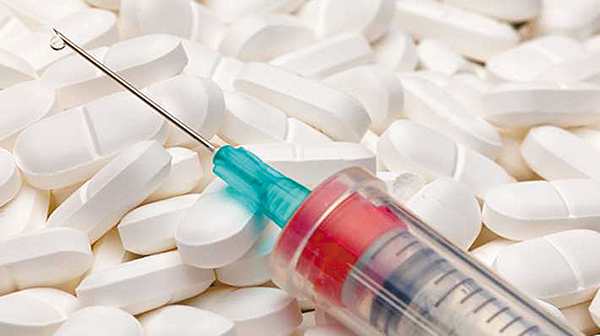 In late 2014, the American Medical Association convened a task force to better evaluate prescription opioid use and abuse.

"The purpose of the task force was to amplify the effort that was already underway by physicians to address the epidemic but also to coordinate and collaborate those efforts," said Patrice A. Harris, MD, MHA, chair of the AMA Opioid Task Force and immediate past chair of the AMA Board of Trustees. 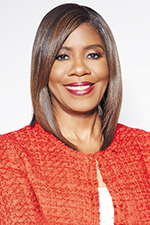 Harris, an Atlanta-based psychiatrist, said the 27-member task force is comprised of representatives from state medical societies, national specialty societies, and the American Dental Association to include a broad range of perspectives. In the spring of 2016, the task force released five initial steps to address the national epidemic, adding a sixth recommendation earlier this year. This spring, the group published a progress report highlighting signs of improvement but also recognizing how far there still is to go to end the national opioid addiction crisis.

The first recommendation, said Harris, "was to encourage physicians to register for and use their state PDMPs - Prescription Drug Monitoring Programs." Harris added the task force recognizes not all PDMPs are created equally. Although some aren't as up-to-date or as user friendly as physicians might hope, she said being registered and involved gives providers a platform to work with state officials to improve the system.

"Our second recommendation was to continue to enhance our education and training around appropriate prescribing, and around substance abuse disorders, as well as pain," Harris said. The third recommendation, she continued, was to support comprehensive treatment for pain and substance abuse disorders, including increased access to medication-assisted treatment such as buprenorphine.

"The fourth recommendation was to work together to reduce the stigma associated with substance abuse disorders, as well as chronic pain," she continued. Harris added that as a psychiatrist, she has been a firsthand witness to the stigma associated with substance abuse. She noted addiction is often seen as a character flaw or moral failing instead of as a brain disorder. Because of the existing stigma, Harris said individuals might be deterred from seeking the assistance they need to get better. "These are medical disorders," Harris stressed of those dealing with chronic pain and addiction.

The increased use of naloxone was central to the fifth recommendation. "We encouraged physicians to co-prescribe naloxone to patients who they thought were at high risk of overdose," said Harris. She added it was important for states to review Good Samaritan laws to protect those who dispense the rescue medicine and to ensure first responders have access to naloxone.

"Earlier this year, we added a sixth recommendation to encourage safe storage and disposal of all opioids ... actually all medications," she said.

This summer, the AMA launched an opioid education microsite with nearly 300 educational and training resources across three major categories including detailed information on the six recommendations from the AMA Opioid Task Force, state medical resources, and medical specialty society resources. To access the microsite, go online to: end-opioid-epidemic.org.

More physicians and other healthcare professionals are using their state-based PDMPs. The number of registered PDMP users jumped from 471,896 in 2014 to more than 1.3 million in 2016 - a 180 percent increase. Additionally, the PDMPs were used more than 136 million times in 2016, a 121 percent increase from 2014.

Additionally, more physicians are being educated on safe prescribing practices, pain management and addiction treatment. There has also been a 27 percent increase in the past 12 months in the number of physicians certified to provide office-based medication-assisted treatment for opioid use disorders.

"We absolutely are seeing progress, but we are not declaring victory," said Harris. "This is still a significant issue, and the major drivers of this issue have evolved."

"At the end of the day, physicians are prescribing opioids to treat pain," said Harris. "It's important we make available non-opioid and nonpharmacologic alternatives." However, she continued, that also raises the issue of having payers look at practices and policies to ensure available benefit and payment structures don't disincentivize the use of alternative evidence-based treatment options including physical therapy and cognitive behavioral therapy.

She added the AMA supports the recommendations regarding pain and research found in the comprehensive National Pain Strategy. Yet, she noted, "Pain is a very complex bio/psycho/social phenomenon - no two people experience pain the same."

Although there might not be a 'one size fits all' number when it comes to dispensing opioids after a procedure or for chronic pain, research and patient surveys have provided better parameters for physicians to follow. Harris concurred with former AMA President Steven Stack, MD, who called for physicians to prescribe opioids judiciously and to start at the lowest effective dose for the shortest duration of time.

More detailed information about these and other recommendations is available through the interim report accessible here.