J-1 Waivers and the Employment of Foreign Physicians in Alabama 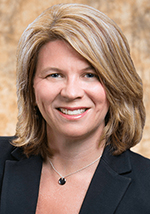 Health care providers across the United States continue to face an acute shortage of physicians particularly in Medically Unserved Areas ("MUAs") and Health Professional Shortage Areas ("HPSAs"), which areas are determined by the United Stated Public Health Service and which include certain areas in and around Alabama. Foreign medical graduates ("FMG") in J-1 visa status are often seeking physician employment opportunities in designated shortage areas in order to fulfill certain immigration requirements. While in J-1 status, the FMG can pursue medical training or participate in residency programs. At the end of the J-1 program, the FMG must typically return to their home country for two years before they can obtain a U.S. visa (i.e. H-1B) or Lawful Permanent Resident (LPR/green card) status.

There are multiple ways for the FMG to obtain a waiver of the two-year home residency requirement including waivers based upon persecution; exceptional hardship to a U.S. citizen or LPR spouse or child; or interested government agency waivers (IGAs) whereby a federal government agency (i.e. Veterans Administration), or a State Public Health Department (i.e. Alabama Department of Public Health ("ADPH")) ultimately determines the FMG's clinical service in the United States is in the public interest and his or her departure from the United States would be detrimental to the public interest (oftentimes referred to as the "Conrad 30 Program"). Three other J-1 physician visa waiver programs exist in Alabama in addition to the Conrad 30 Program (the Appalachian Regional Commission; Delta Regional Authority; and the U.S. Department of Health and Human Services), but the focus of this article is the Conrad 30 Program.

The Conrad 30 Program has very specific requirements, and each state has its own rules and timeframes which must be closely followed. The Conrad 30 Program in Alabama allocates 30 slots per year for physician placements, and ADPH sets forth very detailed eligibility and application requirements. For instance, the FMG must have a written Physician Employment Agreement with an Alabama-licensed medical facility or physician in the State of Alabama and the Physician Employment Agreement must: (i) have at least a three (3) year term, (ii) require the work to be performed on a full-time basis for at least 40 hours per week, (iii) limit service sites to HPSAs or MUAs in the State of Alabama, (iv) include several immigration-related contractual provisions, (v) include certain verbatim clauses regarding breach, and (vi) not include certain provisions such as restrictive covenants preventing or discouraging practice in any HPSA or MUA. Typically, employment must begin within 90 days from waiver approval as well. In addition to numerous other application and documentation requirements, the employer of the FMG must make a good-faith effort to recruit an American physician (and certain specific efforts must be documented).

Some states designate a portion of the waiver slots as "flex slots," which allow health care providers that are not located in an MUA or HPSA to apply for a waiver, as long as the FMG will serve residents in neighboring underserved communities. However, ADPH does not have flex slots, so FMGs must work for an employer located in an MUA and/or HPSA in order to satisfy the Conrad 30 requirements. Also, Alabama reserves at least ten (10) slots for primary care or psychiatric physician placements and up to twenty (20) slots for sub-specialty physician placements if not requested for primary or psychiatric placements. The same employer cannot submit more than two sub-specialty waiver applications in the same fiscal year, which runs from October 1 to September 30 of the following year. There are several other rules which must be followed as well related to recruitment, licensure and documentation requirements.

The immigration process for the Conrad 30 Program involves two steps: (i) filing a waiver application with ADPH for selection and recommendation of the waiver to the U.S. Department of State ("DOS"); and (ii) filing an H-1B visa petition with the U.S. Department of Homeland Security, United States Citizenship and Immigration Services ("USCIS") requesting a three-year period. The J-1 waiver process also involves submission of a detailed application to the DOS to obtain a case number. The H-1B petition filed with USCIS can be fast-tracked and approved within 15-business days if needed. To begin work, both the J-1 waiver and H-1B petition must be approved. It is critical to begin the process early (usually one year prior to employment) because the J-1 waiver process often takes several months. If the FMG wants to begin work on July 1 of the following year, the waiver application should be initiated in early fall of the prior year.

Although the Conrad 30 Program only requires the FMG to work for a three-year period in the MUA and/or HPSA, the FMG might also want to obtain a green card which could require the parties to initiate amendments to the Physician Employment Agreement and evaluate various immigration options.

The Conrad 30 Program provides a valuable option for FMGs and health care providers seeking to address physician shortages in rural and medically underserved markets. It is important to evaluate immigration issues that come up in the employment relationship, address them at the outset with all parties, and memorialize them in appropriate documents and filings to ensure a smooth and successful process.

Melissa Azallion Kenny practices with Burr & Forman LLP in the firm's Immigration Group. She may be reached at makenny@burr.com.