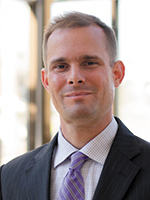 Chronic kidney disease patients with protein in their urine have a higher risk of dying than the general population, and diabetes is currently the number one cause of the disease in the United States. A recent trial has shown that a well-known diabetes medicine has been approved for use of reducing kidney function decline.

Dapagliflozin, which was designated by the U.S. Food and Drug Administration (FDA), has been used to improve glycemic control in adults with type 2 diabetes. Compared to placebo in patients with chronic kidney disease, new clinical evidence has shown that Dapagliflozin reduces worsening renal function, cardiovascular risks and renal death by 39 percent.

In recent trials, Dapagliflozin has proven to lessen the progression of diabetic kidney disease. "The inhibitors in the medication were originally intended for treatment of diabetes," says Timothy Williams, MD of Nephrology Associates, PC in Birmingham. "They block a transporter within the kidneys which leads to excretion of more glucose, which causes a subsequent effect that relieves pressure on the small sub-units in the kidneys. We believe that relieving that pressure lessens damage down the road and slows the progression of kidney disease. The results of this recent trial were outstanding, and I believe we will be using Dapagliflozin for all types of chronic kidney disease with protein leakage in the urine."

The patients who were studied in the trial with chronic kidney disease general had a glomerular filtration rate of 25 to 75. Dapagliflozin works by blocking a transporter in the kidneys which causes them to secrete more glucose. That relieves pressure on the small sub-units in the kidney. "We think the relief of pressure within the small sub-units is what prevents more damage down the road," Williams says.

The initial plan for the medicines - SGLT2 inhibitors - were intended for treatment of diabetes. The medicine blocks a transporter within the kidneys that reabsorbs glucose which can be high in patients with diabetes. In a later trial, it was revealed that these medicines could be used for chronic kidney disease with excretion of protein in the urine.

"The number one cause of chronic kidney disease in the United States is diabetes, and nephrologists are excited about the new medication," Williams says. "People are raving about it, and I believe eventually it will become standard of care. I would cautiously prescribe them in patients with chronic kidney disease, because they did so well in the trial.

"To anyone with chronic kidney disease, this medication can change lives. Patients with chronic kidney disease with proteinuria have increased mortality compared to the general population. This recent trial showed that these types of medications can reduce mortality from about seven percent down to five percent. Those patients need to be referred to a nephrologist so the doctor can monitor the condition. There is a definite benefit for earlier referral to a nephrologist as well."

"Nephrologists are excited about these medications and, in my opinion, the medicine definitely helps."