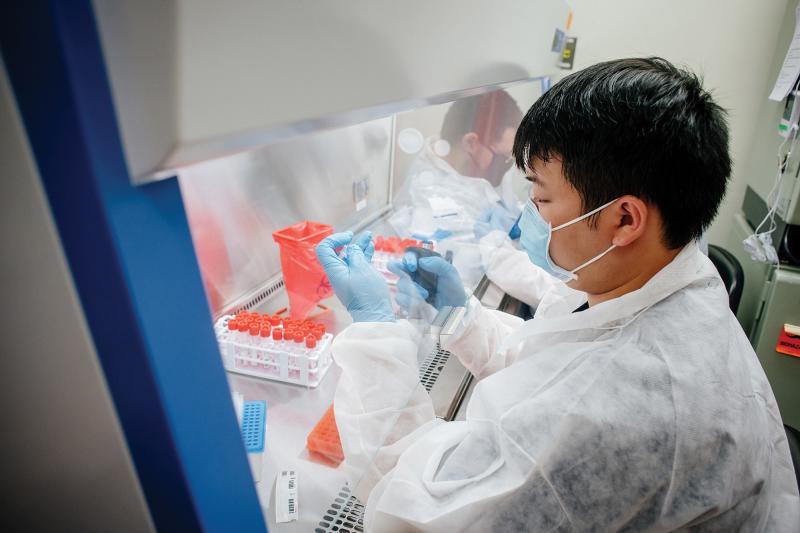 Before Alabama college students could return to campuses this fall, officials decided that the 200,000 students in the state would need to be tested within weeks of the start of the school year. The University of Alabama at Birmingham (UAB) Department of Pathology and several other agencies partnered and found a way to accomplish this daunting task. 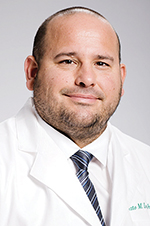 With the leadership of the UAB Department of Pathology - Chairman George Netto, MD, and Assistant Professor Sixto Leal, Jr., MD, PhD - and the help of the Alabama Department of Public Health, the University of Alabama System, and UAB Medicine, the team launched the GuideSafe™ initiative, which was funded through the CARES Act.

GuideSafe™ is a multi-tool platform application that performs testing, tracing and symptom reporting. The platform and tools were developed by leaders in the University of Alabama system through an effort led by Sue Feldman, RN, MEd, and Mohanraj Thirumalai, MSEE, PhD.

To help set up testing sites throughout the Alabama, the Bruno Event Team joined the initiative to sign up students for drive-through testing near their hometowns. Each student got a nasal swap, and those samples were delivered to UAB for processing and testing. Each result was sent to the student's school and emailed to the student.

"The process was new to everyone, and my main focus in the laboratory was to figure out how to provide all of these tests," Leal says. "We brought in a lot of new equipment and reagents and recruited about 20 individuals with molecular biology skill sets to help us with the initiative. But that was just the laboratory component. There is an information technology component that had to be built from scratch. We worked with computer programmers to build lab information systems that enabled us to process and deliver data. A process like this usually takes six months, but we completed it a month and a half, thanks to great efforts from a lot of people."

To speed up the testing, Leal and the team uses a pooling method with a real-time reverse transcription polymerase chain reaction (rRT-PCR) test for detection of nucleic acid from SARs-CoV-2 in clinical specimens. This process has been used before in other contexts such as HIV population screening of donated blood products, but this is the first time it has been used for this purpose and on such a large scale.

"The test we developed at UAB is the most sensitive FDA Emergency Use Authorization test in the country. Normally, we test one sample at a time which consumes one set of limited reagents per test," Leal says. "The pooling innovation we developed enables us to use this sensitive test on eight people at a time. If the test on the pooled sample came back negative, we knew with high confidence that those eight people did not have the virus. We were able to report all individuals in the pool as negative. In contrast, if the pooled sample tested positive, each sample was tested individually to identify the infected individual. When the positivity rate in the population is low enough, samples can be pooled with a high level of efficiency."

During the surge of back-to-school testing, the lab was conducting up to 11,000 tests per day, seven days a week. "That surge was when all of the students were coming back, so we obviously had a timeline to meet," Leal says. "Now, we are doing 1,500 to 2,500 tests per day in the sentinel testing phase, and the slowdown is nice.

"I appreciate our leadership - the pathology chairman, Dr. Netto; Selwyn Vickers, MD, Dean of the UAB School of Medicine; and UAB President Ray Watts who pushed for this effort. Also, thanks to Sherry Polhill and Diane Hendricks from the UAB Hospital labs, Fungal Reference Lab members, and the skilled molecular biologists from the UAB community who stepped up and contributed to this initiative."

Can this process be used for other efforts? Leal says it depends on the positivity rate in a given population. "We thought testing for returning students would result in about one percent positive tests, and it did. That is an efficient process, but if positivity is greater than five or 10 percent, the pooling process becomes inefficient," he says. "However, there are populations in the hospital such as pre-surgery testing where the positivity rate is about 0.5 percent. We can and will be pooling for that particular population, and we believe this process will be a good tool for other uses in the future."