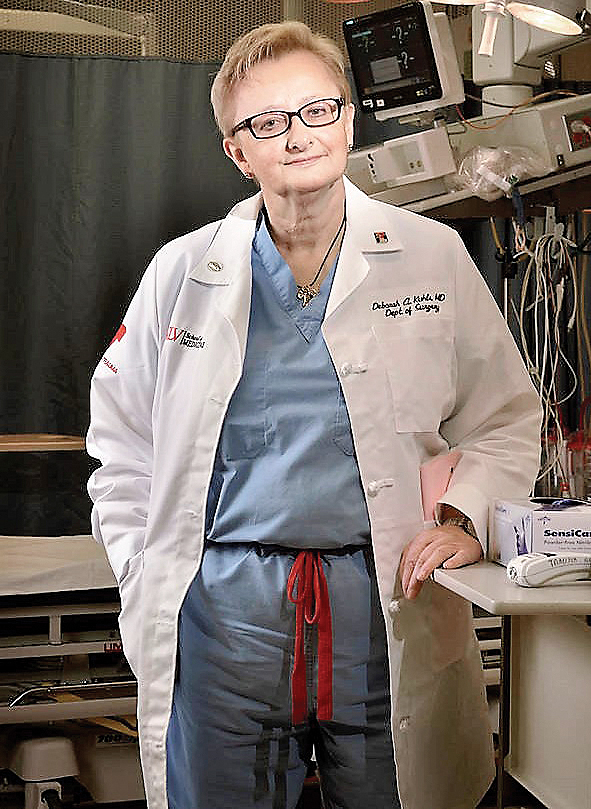 It's hard to stop what you don't understand.

To address the growing issue of firearm-related trauma, the American College of Surgeons Committee on Trauma (ACS COT) is launching a multi-center prospective study on individual and community risk factors for non-lethal gunshot injuries in the United States. The new study is made possible by a two-year, $711,218 grant from the National Collaborative for Gun Violence Research.

"In the last two years of data available from the CDC, firearm-related deaths exceed vehicular deaths," said Deborah Kuhls, MD, FACS, FCCM. "And for all-cause trauma, it is the leading cause of death up through the first 44 years of age."

Kuhls, who is the immediate past chair of the ACS COT Injury Prevention and Control Subcommittee, has been an integral part of the national leadership team defining a public health approach to firearm injury prevention. A professor of Trauma and Critical Care in the Department of Surgery at the University of Nevada, Las Vegas, Kuhls is also medical director of University Medical Center's Trauma Intensive Care Unit. She was one of the surgeons on duty when casualties started arriving in October 2017 in the wake of the mass shooting during a country music concert that left nearly 900 injured and 58 dead.

Kuhls said gunshot trauma - both intentional and unintentional - has been increasing dramatically for several years. She stressed the need to move the dial on research in order to create evidence-based interventions that might turn the tide on injuries ... and ultimately fatalities.

"When you look at the amount of research allocated proportionately to cause of death, firearm injury prevention research is very underfunded compared to funding allocated to other causes of death," she noted. Gun violence is one of the five leading causes of death for Americans up to age 64, yet research dollars have lagged far behind allocations to heart disease, stroke and cancer. However, she continued, research funding is beginning to open up with renewed efforts to better understand best practices for prevention, treatment and recovery.

"This particular grant is private, but some very exciting things are happening on the federal level, too," she said. "For the first time since the 1980s, there were federal funds appropriated to study firearm-related injuries and deaths."

Utilizing the ACS Trauma Quality Improvement Program (TQIP) network, the new research project looks to engage current participants by having them collect and input additional data surrounding firearm injuries being seen in trauma centers across the country. "We are expanding the data collected to include information that we don't currently have in the U.S.," Kuhls said, adding information on the type of weapon, comorbidities, mental health issues and other data points will help expand the body of knowledge. She added much of the new information that will be requested is commonly found in the medical record so it isn't anticipated to add significant burden to busy trauma centers.

While statistics on firearm deaths are reported, there is currently a gap in understanding about the scope and burden of non-lethal injuries. "We want to understand the circumstances of the shooting better than we do now," she explained. By improving contextual information, the hope is to create effective upstream interventions.

"The end game is we hope the data we get from this study can inform injury prevention and be targeted to those most at risk of injury," said Kuhls.

She added the two-pronged approach of public education and effective policy that helped decrease motor vehicle injury and death also could be applied to firearms. "We didn't outlaw motor vehicles, but we worked with the industry on a lot of meaningful federal standards for safety," Kuhls pointed out. "We're optimistic we can start to gain some insight into how we can prevent injuries from happening when people are around firearms, as well."