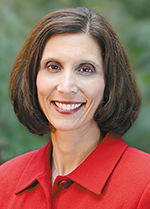 Practice administrators hesitate to seek the help of healthcare consultants out of fear more than a lack of usefulness. "I think their fear is if they ask for help, they're going to look weak and appear less competent," says Lisa Warren, CEO for the past eight years at Andrews Sports Medicine & Orthopaedic Center. Prior to that, she served for 10 years as a physician practice consultant.

"That reluctance restrains practice administrators from accessing a useful resource. You should not look at hiring a consultant as a failure, because ultimately they make you more successful," Warren says.

The consultant brings an inaccessible ability to the managing of a practice - the unbiased perspective. "Any person in the practice is going to have an agenda that is essentially self-preserving," Warren says. "You can't help but make decisions that are helpful to you personally.

"The healthcare consultant, however, brings no baggage. They may be able to come up with a more fair or strategic solution, and the resulting changes are usually better received by those involved because everybody realizes that the consultant had no ulterior motive in their recommendation."

For the same reason, the third-party assistance of a consultant can be particularly useful in physician disputes, either between each other or with the administrator.

If physicians call in a consultant to assess the administrator, however, it can cause justified anxiety. But it can also be an avenue to correcting a faulty perspective of the administrator. "If a doctor called me in to find out if an administrator was doing their job, I'd give the administrator the benefit of the doubt," Warren says. "Because doctors don't necessarily understand what administrators do. So they could be performing all kinds of things that the doctor doesn't know they are doing and not getting credit for."

The result is an unfounded loss of credibility with their doctor. In those situations, consultants educate the physician and counsel the administrator in repairing their credibility. "You can't do that job if the doctor doesn't trust you, because there's a lot of autonomy to it," Warren says. "And physicians don't have time to watch administrators."

Of course, there are times when physicians' concerns regarding an administrator's potential incompetence or even criminal activities are warranted, and usually a good consultant can put together the right set of facts.

The most valued aspect of a consultant to an administrator, though, can be their exposure to numerous practices. "When I was working as a consultant, every time I walked into a practice, I learned something that they were doing really well, and then I would bring that to another practice," Warren says. "I learned hundreds of tips that I carried forward." 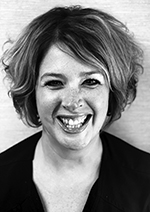 Jennifer Neal, the practice administrator at Pulmonary and Sleep Associates, chose to access that expertise to fill in gaps in their changing practice. "I'm such a control freak, so it takes a lot for me to ask for help," she says. "But I don't have a choice. I'm here at 6:30 in the morning and leaving at five. There's no more time left in the day."

She started this summer by hiring a consultant to recruit a nurse practitioner. "She did the research and conducted interviews so I didn't have to look at 150 resumes," Neal says. "I had no problem turning that over. Credentialing, however, was a different story. It wasn't easy to let go of that. It's crucial because the practice doesn't get paid if anything goes wrong.

To be comfortable with the hand-off, Neal did the credentialing herself for the big payers, like Blue Cross, and even set up the consultant's online CAQH profile before turning the process over. "Once I did it and sent her everything, it was a big relief," she says.

Since then, Neal has contracted with the consulting firm to recruit a new nurse and front office employee, along with a workflow analysis to assist with the influx of new staff.

Warren has recently hired a consultant to help with real estate. "It's not an area where I'm an expert," she says, listing off the proficiencies needed, such as leases, construction financing, and evaluating new buildings. And errors could have costly, long-term effects.

For areas that touch on compliance, Warren suggests a different procedure when hiring a consultant. "If they're doing a charge audit, or review, or have any sort of compliance concerns in HR, it's best to engage the consultant through an attorney. Then their findings are protected through attorney-client privilege."

The rate for practice administrative consultants runs about $150 to $300 per hour. "They're priced similar to most attorneys, depending on seniority and experience," Warren says. She adds that when convincing physicians to invest in a consultant, "I think it comes back to them trusting that you know what you're doing. And that you're asking for additional help because you want the practice to be as successful as they do."

Neal says she now feels good about using consultants. "If I had all the money in the world, I'd do it all the time," she says. "They're expensive, but cheaper than hiring an employee, much cheaper."