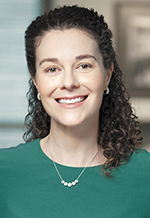 Last month, seven of the nation's leading hospital associations released a report calling for stakeholders to come together in a quest to accelerate healthcare interoperability. In an increasingly connected medical ecosystem where patient safety, health status improvement, and provider reimbursement are impacted at every point along the continuum, the need to efficiently, securely share data appears to have reached a tipping point.

"We see interoperability all around us," pointed out AHA President and CEO Rick Pollack. "Mobile phones can call each other regardless of make, model or operating system. The hospital field has made good headway, but it's time to complete the job."

FAH President and CEO Chip Kahn added, "Quality care depends on having the right information at the right time, so our patient's records need to be available in the hospital or wherever our patients receive care."

While there has been progress in sharing health information over the past decade, the report outlines six pathways critical to meeting the demands of truly connected care:

FAH Vice President and Associate General Counsel Erin Richardson noted interoperability has been an issue for a long time with hospitals and clinicians having to deal daily with an inability to get or move records, track patients through the broader system and close the gap on referrals, among other concerns. Richardson, who was part of the report workgroup, added it made sense for hospitals to take a leadership role in addressing these problems.

"Hospitals and healthcare systems are the big purchasers of health information technology from EHRs to devices," she pointed out. "It means we have tons of data but aren't necessarily able to use it in the best way."

Richardson added the mindset has to change around interoperability. "We talk about it as if it's an endpoint, but we need to think of interoperability as a tool to improve care." She continued, "We want to be able to move that data and use it to help our clinicians make better decisions."

There are a number of issues, Richardson said, that have proven to be barriers to interoperability over the years. "Some providers don't have EHRs because they were not included in the HITECH Act," she noted of the 2009 law that provided financial incentives to assist many clinicians in switching to electronic health records. Notably, post-acute and behavioral health providers were left out, and some of those clinicians still lag behind their counterparts in other industry sectors in adopting digital solutions.

"You can have a lack of infrastructure," she continued of another prominent barrier to interoperability. "For example, different systems ... that use different standards for how data is moved and recorded ... can create a misalignment."

Another key issue, Richardson added, is the current inability to match patients and records easily in the absence of a national identifier. There might be five John Smiths who have been a patient in a single hospital, dozens more in the community, and thousands with that name across America ... and all of their records need to securely and accurately travel with them as they move about the country.

In the age of the healthcare hack, Richardson said it also was critical to focus on concerns around the safe movement of data. "Security and privacy have to be embedded everywhere ... it's not an afterthought," she stated, adding security has to be built into every single layer of an application program interface. "This has to be foundational," she stressed.

"The usability of health information technology (health IT) must also be addressed," she noted. "Clinician complaints about spending more time with the EHR than with their patients and the number of 'clicks' it takes to perform a task are well-documented and concerning."

Richardson said the first goal of releasing the report was to put the organizations' ideas and agenda 'out into the world' to foster broader conversations among stakeholders about how best to move forward. "It's also a way for us to examine and engage with what others in the private sector, as well as at a federal level - CMS & ONC, are doing to advance interoperability. It gives us a foundation to determine how those efforts line up with the areas we've identified," she explained.

By addressing barriers and adopting industrywide standards to safely, securely transmit and receive usable data, the hospital associations believe improved interoperability should advance high-quality, patient-centered care and have a positive impact on outcomes. At its best, interoperability should provide a fuller picture of an individual's health by utilizing information from disparate sources capturing both medical and social determinants data and allowing that information to flow seamlessly across care settings. Furthermore, the hope is that by aggregating and deidentifying data, clinicians should gain a clearer picture of population health issues and workable innovations.