By Patricia Powers and Alexander Mills 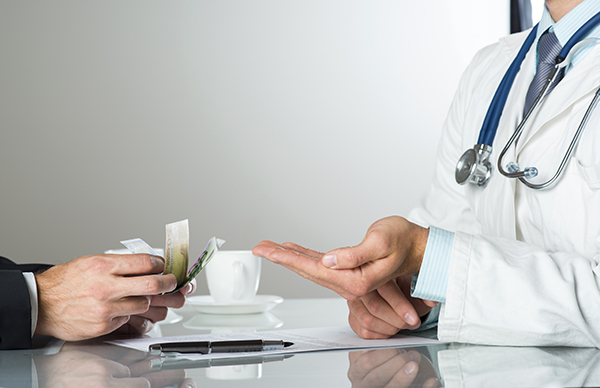 The Stark Law exists for the purpose of prohibiting a physician (or an immediate family member of said physician) from making referrals for "designated health services" to an entity with which the referring physician (or immediate family member) has a financial relationship unless the parties comply with one of the exceptions set forth in the federal regulations. Additionally, Stark prohibits entities like hospitals from submitting claims for payment to Medicare or Medicaid for items or services that result from the prohibited referrals. Although the concept of a "financial relationship" may seem simple, Stark defines the term broadly and includes both ownership and investment interests and compensation arrangements between physicians (and their immediate families) and entities. Violation of the Stark Law can incur significant civil liability under both the False Claims Act, civil monetary penalties, and exclusion from all federal healthcare programs. Included in the framework of the Stark Law are numerous exceptions to civil liability. One common theme among them is the requirement that any arrangement must be evidenced by a signed writing.

In November 2016, the Centers for Medicare & Medicaid Services ("CMS") codified amendments to the Stark Law to make it easier for healthcare providers to meet the writing requirement. Many of the Stark exceptions require a written agreement between a referring physician and an entity with whom he or she has a financial relationship. This requirement was originally interpreted to be a writing in the form of a single signed agreement, but CMS amended language across the statute to relax this exacting standard. The amendments instead allowed for the writing to be codified in an "arrangement" or various contemporaneous documents evidencing the conduct between the parties. CMS explained:

In most instances, a single written document memorializing the key facts of an arrangement provides the surest and most straightforward means of establishing compliance with the applicable exception. However, there is no requirement under the physician self-referral law that an arrangement be documented in a single formal contract. Depending on the facts and circumstances of the arrangement and the available documentation, a collection of documents, including contemporaneous documents evidencing the course of conduct between the parties, may satisfy the writing requirement of the leasing exceptions and other exceptions that require that an arrangement be set out in writing.

However, despite relaxing the standard for what constitutes a writing sufficient to meet a Stark exception, the Emanuele court illustrates that the writing requirement remains significant. The court initially noted that Stark expressly prohibits payment on Medicare claims that do not satisfy each element of an applicable exception. As such, all claims submitted by health care providers to CMS inherently imply compliance with the requirements of any relevant Stark exception. The court, quoting Escobar, cautioned that although "statutory, regulatory, and contractual requirements are not automatically material, even if they are labeled conditions of payment," they nevertheless represent "relevant" evidence in favor of materiality.

Patricia Powers and Alexander Mills practice health law with Waller. Thank you to Chase Doscher and Emmie Futrell, Belmont University College of Law students, for their help in preparing this article.