Billing Errors that Can Cost Thousands 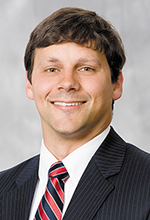 Last year, a medical practice lost over $30,000 in revenue from skipping a basic step in the billing process. "These are billing 101 mistakes," says Sae Evans, CPA, with Warren Averett. "When it comes to billing, little oversights can make a huge difference over time and can significantly impact physician compensation."

The error at the practice was simple. No one verified that the billing statements generated each day matched the patients seen. "You have to check that the doctor hasn't forgotten to close out any of his procedures and diagnostics performed for the day," says Delena Chappel with MediSYS. "They didn't do that and that caused money to be thrown out the window."

If mistakes go unnoticed long enough, reimbursements become impossible. "Heavy payers -- CMS or Blue Cross -- won't accept claims after a year or two," Chappel says. "But United, Viva, and TRICARE have something like a 90-day file limit. If you have dates of service before June not submitted yet, that's now money down the drain."

A diagnostics center nearly lost around $42,000 through a similar mistake. "They did not reconcile with the daily audit," Chappel says. The center had no process in place to ensure that the claims sent were acknowledged as received by the payers. Two weeks later when the funds did not show up, they called the payer. The payer had no record of those claims, and though the center could prove the claims had been transmitted, they had no proof of acceptance or rejection by the payer. 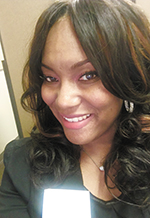 "We hear this all the time," Chappel says. "Because many carriers, such as Medicaid, store their registers of received claims for only seven days, these errors generate costs in staff time to resubmit the batches and interrupt cash flow. All your work is meaningless if the claims don't reach the payer."

The ever-advancing abilities of EHRs (electronic health records) can also inadvertently lead to billing errors. "EHRs are great if used to their full capability, but they present some potential dangers," says Jim Stroud, CPA, with Warren Averett. "They tend to prompt physicians to upcode a visit."

For instance, a patient visit that would normally be billed as a level 3 can end up coded as a level 4 because the EHR assesses only the pattern of boxes checked by the physician, not the context. "The largest payer in our state has engaged an outside source to identify users of level 4 and 5 visits deemed to be outside the norm for their specialty," Stroud says. 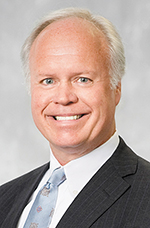 Physicians on their radar will have received letters saying the coding pattern is excessive. "If so, you're already on their radar screen. So be careful that your EMR is not auto-producing billing points," Stroud says. "If a practice has this problem, they have other problems as well."

The EHR can help, however, with another reimbursement requirement. "Moving forward, payers want to know as many as 12 diagnosis codes per patient," Evans says. Insurers use the codes to establish a financial allotment towards the annual care for a patient. CMS will use the codes to assess how well a physician manages the cost of care for that patient.

For instance, treating a patient with abdominal pain will score differently than treating abdominal pain in a morbidly obese, diabetic patient with a history of heart disease. "You score better if your care is given to a very sick patient," Stroud says, because those conditions complicate the decision-making.

At a meeting with orthopedists, Evans found they averaged 1.5 diagnosis codes per patient. "They're thinking is that if you have a knee fixed, why show all these other diagnosis codes that we're not treating," he says. "But they're making decisions for treatment cognizant of those other conditions and should get credit for that."

On January 1 of each year, insurers wipe those codes. "Physicians then have to repopulate those diagnosis codes," Stroud says. But a good EMR will contain the codes from the last visit, freeing physicians from having to manually reenter them.

Stroud also cautions physicians to be aware of reimbursements related to the use of mid-level providers, such as nurse practitioners and physician assistants. "They can really increase a physician's volume, but that can put them on the payer's radar screen."

If a physician can normally see 30 patients a day, but with mid-providers, sees 50 or 60, "that can raise eyebrows from payers if it isn't billed properly," Evans says.

For a physician to have one mid-level provider raises no red flags. "If you get to more than one, and you don't let them bill under their own numbers, this would immediately improve your cash flow but in the long term, it could put you out of business. Payers will de-panel you," Stroud says.

The goal for claims should be an immediate 100 percent acceptance. "Get it right the first time, every time," Stroud says. "And every time, not only correct it, but find out where in the process the mistake was made and correct that. It may seem impossible, but getting the clean claims rate up to 97 percent is crucial to building an efficient and profitable medical practice."