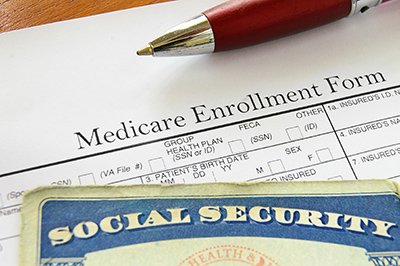 Last year President Obama signed into law the Medicare Access and CHIP Reauthorization Act of 2015 (MACRA). MACRA implemented significant changes in how Medicare reimburses doctors. In particular, MACRA (i) ended the Sustainable Growth Rate formula for determining Medicare payments for providers' services; (ii) sought to better link payments to quality of care, rather than to the number of tests or procedures; and (iii) combined CMS's quality reporting programs into a single system.

While MACRA enjoyed a degree of bipartisan support in Congress, the law's implementation now faces both a degree of uncertainty from providers unsure as to how MACRA will affect them, as well as the specter of political opposition at the state level. As the final rule is scheduled for release this November, the time is ripe for considering some of MACRA's features.

A brief article cannot summarize all of MACRA or provide clarity on each change it ushers in. The Proposed Rule, after all, measures almost 1,000 pages. However, it can at least give a basic introduction to the law, focusing on the rollout of quality-linked payment changes, or the new Quality Payment Program. As expected for such complex changes, the transition from volume-based payments to value-based payments will take some time with 2019 being the year the core provisions of the law will take effect. There are two optional tracks introduced by the law: the Merit-Based Incentive Payment System (MIPS) and Alternative Payment Models (APMs).

MIPS brings MACRA's quality-of-care changes together as a single program which combines parts of several other programs: the Physician Quality Reporting System, the Value Modifier, and the Medicare Electronic Health Record incentive program. MIPS evaluates eligible professionals on quality, resource use, clinical practice improvement, and Advancing Care Information, which in effect relates to meaningful use of EHR technology. These "eligible professionals" include both physicians and certain midlevel non-physician practitioners. MIPS eligible professionals who choose to participate in APMs will receive favorable scoring in some MIPS categories. MIPS requires submission of health care data by physicians, who can use certain third party vendors--for example a qualified registry or a CMS-approved survey vendor--for such submissions. Most providers are expected to fall under MIPS in its early years.

Under the APM option, MACRA provides incentives for eligible physicians to develop and participate in new models of health care delivery and Medicare payment. Through the years 2019 to 2024, MACRA provides eligible, APM-participating physicians a five percent bonus incentive, as well as the gainsharing or increased revenue opportunities provided by APMs. AMP-participating physicians are also exempt from MIPS. An APM, as defined by MACRA, is any of the following payment models: (i) a model expanded under section 1115A (which created the Center for Medicare and Medicaid Innovation ("CMMI")), other than a health care innovation award; (ii) the Medicare shared savings program Accountable Care Organization; (iii) a demonstration under section 1866C (which established the Health Care Quality Demonstration Program); or (iv) a demonstration required by Federal law. When in a qualifying APM, the practice must meet certain requirements, including use certified EHR and quality measures comparable to those under MIPS. APMs are meant to increase the transparency of physician-focused payment models.

Pace of Participation. An initial performance period for MACRA is scheduled to take place in 2017. Physicians will have data-reporting obligations during this period in anticipation of the 2019 payment year. During 2018, CMS analysis of the reported data is scheduled to take place. However, some providers expressed concern in light of the short window for implementation between the expected Final Rule and January 1, 2017.

In response to these concerns, CMS recently agreed to offer a "pick your pace" mechanism for participation in 2017. Physicians will be able to pick one of four options for participation: (i) Test the Quality Payment Program (i.e., simply submit some data to ensure the physician's system is working); (ii) Participate for part of 2017; (iii) Participate for the whole of 2017; (iv) Participate in an Advanced Alternative Payment Model. This forbearance should assist physicians in implementing the various changes called for in the Final Rule.

Working with States. On September 8th, CMS issued a request for information (RFI) from states as part of an effort to encourage providers to embrace the value-based payments that are a key feature of MACRA. CMS intends to partner with states in implementing multi-payor efforts that would qualify as APMs under MACRA. The information CMS seeks from states would inform the next version of CMS's State Innovation Models (SIM) initiative. SIM provides financial and technical support to develop multi-payer efforts to improve quality of care and lower cost payments for Medicare and Medicaid beneficiaries, as well as for other residents of participating states. SIM is a product of the Affordable Care Act (ACA). CMS recently released its August 2016 evaluation on the SIM initiative that found it was "too early to determine whether the SIM Initiative has changed provider behavior or improved care coordination, care quality, and population health, while reducing utilization of expensive services and total health care costs," and that more data was needed. Due to the association between the SIM by CMS and the ACA, as well as the unsettled evidence for the initiative, some observers worry that officials in states antagonistic to the ACA will pass on this RFI initiative.

In summary, MACRA ushers in wide changes for Medicare reimbursement, and those changes will be rolling out over the next several years. Two recent developments deserve attention: CMS's grant of a "pick your pace" participation for 2017, and its request for information from states regarding developing the next stage of the SIM initiative.