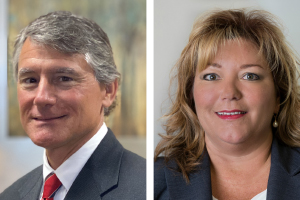 These things we know for sure: the patient is dead. The career of RaDonda Vaught, a critical care nurse with a previously unblemished record, has been destroyed, and now, following a rare if not unheard of criminal prosecution, she stands convicted on two felony counts.

What remains uncertain is what Davidson County Criminal Court Judge Jennifer Smith will do at the sentencing hearing May 13 (by the time this issue is printed, the sentencing may have occurred.) The judge has broad discretion in the case. If the verdict stands, she can choose probation or sentence RaDonda Vaught to up to as much as six to eight years in prison in the medication error death of Charlene Murphy.

"Each state has its own laws governing deaths that occur due to medical mistakes, but it's usually considered a civil matter to be pursued in a malpractice proceeding," said Bill McGowin, who is general counsel for Inspirien, an Alabama company specializing in risk assessment, mitigation and malpractice insurance. "What is different and very rare about this case is that criminal charges carrying the potential penalty of a prison sentence were brought against a healthcare professional for a mistake made during the normal course of her work."

To bring these charges, Tennessee laws do not require proof of intent to harm. The original charge of Reckless Homicide must only show that the accused knew the danger and acted recklessly without regard for the safety of the person harmed. Prosecutors subsequentially reduced the charge to Criminally Negligent Homicide, and although they made a strong case for negligence due to Vaught giving the wrong drug, the judge can consider a number of mitigating factors and system failures. The second charge, Gross Neglect of an Impaired Adult, was based on the fact that Vaught, working that day as a float nurse, went on to respond to an emergency room request for assistance after giving the injection rather than staying to monitor the patient. Nurses testified at the trial that, although a more experienced nurse would probably have stayed a few more minutes to make sure there were side effects, the hospital at the time did not include Versed, the drug she thought she was administering, as a drug requiring monitoring. The drug order had not come with an order for observation, and when Vaught asked, she was told the hospital did not require observation for that drug.

The impact of this prosecution could go far beyond Tennessee.

"If the verdict in a criminal prosecution stands, it will be a very troubling precedent for everyone who works in patient care," McGowin said. "All humans make mistakes, and being criminally liable for everything you do in the course of your work means care givers will be at constant risk just doing their jobs."

Lindsey Harris, DPN, president of the Alabama Nurses Association said, "Nurses in Alabama and across the country are distressed by this verdict and the effect it could have on patient care. Nurses go into the profession because they want to help. I keep hearing nurses say, 'It could have been me.'"

Rather than putting their freedom and family at risk, some nurses are considering moving away from bedside nursing or leaving the field entirely. Those who have been considering entering healthcare are more likely to have second thoughts, which could make shortages worse and patient safety and access to care more difficult.

"Through the 'Just Culture' movement, we've been working to create a culture of safety for our patients by establishing an environment where caregivers feel safe to report errors so we can get to the root causes of mistakes and prevent them," risk consultant Lisa Rawlings, RN said. "The point isn't to punish individuals, but to empower them to feel free to speak up so we can prevent mistakes. This criminal prosecution undermines everything we've been trying to achieve. It will make patients less safe."

RaDonda Vaught immediately reported her mistake. When she heard the code in imaging, she was concerned about the patient she left waiting for a P.E.T. scan and returned to the unit. She told the team working to revive the patient that she had given her an injection and identified the medication bottle.

If criminal prosecution becomes the norm, who will volunteer to incriminate themselves with an admission that could send them to prison? What can we learn from this case that can help us avoid seeing it happen again to us, our patients and coworkers?

If we could turn the calendar back to December 26, 2017, what are the turning points where we could change the outcome?

"Distraction can be very dangerous when pulling medications," Rawlings said. "That day RaDonda Vought was orienting a new hire who was following her as she worked. Someone has to teach new people how to use automated medication dispensers, but answering questions and talking with someone else makes it easy to miss something important."

More hospitals are establishing no-talk zones away from high traffic so that nurses can concentrate on dispensing the medication and making sure it is right.

Warning fatigue is also becoming an issue related to working with electronic medical records and other technologies. It's the boy-who-cried-wolf effect. Especially when a new technology is being added, there can be so many incorrect or irrelevant warnings when the system is too sensitive that the warnings become invisible. That is a problem the day there really is a wolf.

In the Tennessee case, an upgrade had created delays in prescription orders and the medical records system and automated medication dispenser weren't communicating well. The problem had become so serious that getting basic supplies like fluids required a workaround by overriding the system. A memo went out that instructed nurses to use the override when necessary, and it was becoming routine on orders that couldn't wait for the system to catch up.

Another opportunity for error, and one of the key factors in this case, arose from the fact that the automated medication dispenser only recognized generic drug names, while some orders came in as brand names. The patient was anxious about having a P.E.T. scan and had claustrophobia issues. Her physician wrote an order for Versed to calm her. The subdural hematoma that brought her to the hospital seemed to be improving, but her doctor wanted to see how the scan looked before letting her go home.

When the order for Versed came in, the patient's regular nurse was busy, so as float nurse, RaDonda Vaught was asked to take a dose of Versed down to imaging and administer it. She looked up the patient's file, but Versed had not been added to her list of medications.

There was some time urgency, since the patient seemed too anxious to tolerate the procedure without sedation. Vaught was told if medication couldn't be given before the patient was scheduled for the procedure, she would have to be rescheduled for the next day, leaving her in the hospital an extra day during the holidays and adding another day of hospital charges to explain to Medicare. In such situations, a nurse like Vaught, who had only been working two years, might feel more pressure to prevent a delay.

Vaught overrode the system to get the medication, an act that the prosecution focused on during the trial. Versed was the name commonly used in the hospital, but it wasn't the generic name. Instead of entering midazolam, she entered VE, which brought up vecuronium, the generic name for a powerful paralytic.

There was an obvious label on the top and front of the bottle, but Vaught said she only looked at the directions on the back. She said she thought it was odd that the drug was a powder with directions for mixing with water. A more experienced nurse would likely have realized a powder was wrong.

When Vaught got to imaging, she looked for a scanner to scan the medication against the patient's arm band. A scan would have immediately identified the medication as the wrong drug. No scanner was available in the department, so Vaught visually checked the armband against the medication order to see that she had the right patient and asked a second medical professional to confirm it.

Nurses on social media have frequently commented on how much they hate doing injections in the imaging department because of the lack of scanners and often the lack of rescue equipment which requires them to bring equipment if they have to monitor a patient and take action if there is a problem. Making sure scanners and rescue equipment is reasonably near anywhere medication is given would seem to be a good improvement in patient safety.

In this case, the hospital reached a quick agreement with the family, and little has been said about the failure of systems in this incident. A medication error wasn't even mentioned until later when an anonymous call sparked an investigation that led to a revised death certificate and a criminal charge with responsibility falling only on the shoulders of the nurse.

Bringing a criminal charge was the choice of the district attorney. Some have questioned why he, as a teacher in the school of law in the same university as the medical center, was involved in this case. His competitors in an upcoming election have criticized his decision to bring a criminal charge against a caregiver and are campaigning on pledges to keep medical issues as matters for civil court.

What happens next will depend on the judge's decision. If the conviction stands, Vaught's attorneys have pledged to file an immediate appeal.

Meanwhile, healthcare providers must continue to focus on protecting the safety of their patients, themselves and those who work with them to save lives.