By Zachary Trotter and Manning Russell 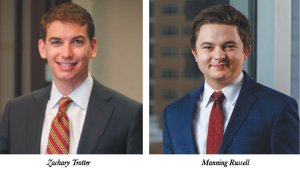 In yet another reversal by the Biden Administration of a Trump-era policy, the Centers for Medicare & Medicaid Services (CMS) recently released a proposed rule reversing the Trump Administration's decision to eliminate the inpatient-only service list (IPO List) over a three-year period.

This proposed change will reinstate 298 procedures onto the IPO List, and remove hundreds of procedures from the list of procedures (the ASC List) authorized to be performed in an Ambulatory Surgery Center (ASC).

As part of the Calendar Year 2021 Hospital Outpatient Prospective Payment System (OPPS) and ASC Payment System Final Rule (the "2021 Final Rule"), the Trump Administration previously "finalized a policy to eliminate the IPO list over a three-year period, removing 298 services from the IPO List in the first phase of the elimination" and "add[ing] 267 surgical procedures to the ASC [List]."

The IPO List is a list of procedures for which Medicare will only make payment when the services is provided in an inpatient hospital setting. The Trump administration had pursued the elimination of the IPO List, touting multiple benefits including giving patients more options for their healthcare; potentially lowering costs for both patients and payors by performing more procedures in outpatient settings; and allowing patients to recuperate at home, rather than in an inpatient facility.

The CMS proposed rule now seeks to reverse course on these changes. To support that decision, CMS reported that the agency had "received a large number of stakeholder comments throughout the CY 2021 rulemaking cycle and following issuance of the final rule with comment period that opposed the elimination of the IPO List, primarily relating to patient safety concerns, stating that the IPO list serves as an important programmatic safeguard." CMS assets that its new proposal will "reinstate the criteria (which related to patient safety) for adding a procedure to the ASC List" in place prior to the Trump Administration changes.

Beyond simply reversing the Trump-era changes, the CMS proposal also attempts to prevent future administrations from making sweeping changes to the IPO List by "codify[ing] the longstanding criteria for removal of procedures from the IPO [L]ist to make clear in regulatory text how [CMS] will evaluate future procedures for removal." Moreover, the CMS' proposal will "reinstate the criteria (which related to patient safety) for adding a procedure to the ASC List" in place prior to the Trump Administration changes.

If finalized, these proposed changes will have a significant impact on the types of procedures ASCs may perform and could result in a rebalancing of surgical volumes between hospitals and ASCs.

In addition, CMS is soliciting comment on several policy modifications, including whether CMS should maintain the longer-term objective of eliminating the IPO list or maintaining the IPO list but continuing to systematically scale the list back so that inpatient-only designations are consistent with current standards of practice.

The deadline for interested parties to submit comments on the proposed changes is Sept. 17, 2021. CMS is expected to publish the final rule in November of 2021.