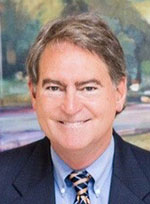 When physicians are looking into a malpractice insurance policy to purchase, there are several factors to consider that are as important as price.

To start with, the financial stability of the insurance company is critically important. A.M. Best Company, established in 1899, rates the strength of insurance companies, their long-term viability, and their ability to pay their financial obligations. A.M. Best also gives a forward-looking outlook, which is a predictor of the company's near-to-midterm expected development (expressed as a rating of Positive, Stable, or Negative). A.M. Best rates by both size of the company and financial strength. The A.M. Best rating represents a comprehensive analysis consisting of a quantitative and qualitative evaluation of balance sheet strength, operating performance, and business profile of an insurance company. Best rates companies on the following scale:

You want to be insured by a company that has at least an A rating. There are too many companies to choose from, than to pick one that is rated BBB or lower.

As an insurance Consultant and Licensed Agent, I could never recommend any company with less than an A rating. This is especially important for hospitals, as many hospital contracts for construction and equipment leasing require the hospital to be insured by an A rated company or higher.

A great example of this is the so-called Hammer clause in some policies that practically forces the physician to settle a case if that is what the insurance company wants to do. I could never recommend a policy if it contains a Hammer clause, yet I know of Alabama physicians who are insured by a company that has the Hammer clause in their policy. On the other hand, a Consent-to-Settle clause favors the insured and puts them in charge of the decision of whether to settle or fight. Most physician-owned companies will have a consent to settle clause in their policy.

This leads to another factor to be aware of. What is the insurance company's defense philosophy? Do they look forward to defending an insured who is facing a lawsuit or do they prefer to settle? This is more important to physicians than to hospitals because hospitals have larger deductibles and are willing to settle the case to avoid negative publicity. On the other hand, if a physician settles a case, it stays on his record for the rest of his career. Any judgement or settlement over $25,000 must be reported to the National Practitioner Data Bank where it remains. Even worse, with every application a physician has to complete for the rest of her career, she will have to answer the question "have you ever been notified of a malpractice lawsuit, claim, or incident?" If the answer is "yes", then the physician has to provide all of the details and the result. It is much better to say the case was dismissed or defense verdict obtained at trial than to try to explain that you wanted to defend it but the insurer settled. You want a company that is going to fight for you so you won't have a stain on your record. Be careful though: many companies will give lip service to defending you, but will not do it when the time comes.

Also when looking at a policy, you should consider the business model/ownership of the company. A publicly traded insurer can be under pressure from Wall Street and stockholders to make growing profits. Or is it a Risk Retention Group (RRG) where a number of insureds have come together to insure each other? (RRG's have notoriously unfavorable terms for physicians, limited coverage limits, and notoriously bad track records.) Or is it a Mutual company?

The type of company it is will have a direct impact on the price of the policy. Stock companies will usually have higher rates due to the financial pressures to make money for the stockholders. Mutual companies on the other hand do not have to make profit for the stockholders or impress Wall Street, and Mutuals usually pay a dividend back to the policyholder.

The A.M. Best rating, policy form, the defense philosophy, and the business model/ownership of the insurance company are all very important factors in choosing a professional liability carrier. Only when all these factors line up in favor of the insured should the physician look at the premium. Unfortunately, I know physicians and hospital administrations who are concerned with price only, and may be insured with a company that may not be there in one way or another.

Next month, I will discuss more about rate, price and Hard-Market.