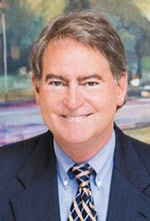 This is the first of a three-part series. By the end of the series, I hope to have covered national, regional, local, and personal realities of the medical malpractice market so that the reader (especially physicians, practice administrators, office managers, and hospital executives) has a sense of the current disturbing developments they may be experiencing.

If you are a physician, administrator, or hospital executive, and if you have been paying attention to the current state of Medical Professional Liability (MPL), commonly referred to as Medical Malpractice or Med-Mal, then you are aware that the Med-Mal world has entered a challenging time. Some professionals in the field consider it to be a crisis. In order to best navigate the situation, I believe it is important to look at the current realities and anticipate how they will affect you.

In 2020, despite fewer court cases being tried due to closed courthouses because of the pandemic, Med-Mal insurers saw their sixth consecutive year of underwriting losses according to a recent A.M. Best report. The report, Continued Uncertainty Clouds the Horizon for MPL sees a negative outlook for the national Med-Mal sector due mostly to:

• A rise in total claims payouts;

• Diminishing reserves due to unfavorable prior year reserve loss development;

• Rate inadequacy (rates have been too low for too long);

Unfortunately, for the consumer of Medical Professional Liability, there has been an exceptional surge in the percentage of companies reporting a year-to-year increase in premiums. Between 2010 and 2018, the share of premiums that increased remained steady at between 12 to 17 percent. However, in 2019 that almost doubled to 26.5 percent and went up again in 2020 to 31.1 percent. The overall premium rate for the US in 2020 was the highest in nearly 15 years.

It appears that trend shows no sign of slowing. According to the Insurance Journal article in May of 2021, rate hardening (i.e., rate increase) is expected to gain further momentum this year as unfavorable profitability trends persist.

On the national scene

• In Texas, Capson Physicians Insurance Company was placed into liquidation;

• In Kasas, the Kansas Insurance Department had to take over Physician's Standard Insurance Company;

• In Montana, Doctor's and Surgeon's National RRG was liquidated;

The largest Med-Mal carrier in Alabama was downgraded and placed on negative watch, and was sued in a large class-action suit for violations of the Securities Exchange Act, having to do with a large underwriting loss of over $100M loss on a single account.

"But," you say, "my practice/hospital is in Alabama. What does what's happening in these other states have to do with me?" Excellent question, and I'll answer that in parts two and three of this blog when we take a more in-depth look at what is happening in our state. But for now, I'll tell you that there are two ways in which what is happening nationally affects MPL rates here in Alabama:

1) Every time an MPL insurer goes into liquidation, or reduces their appetite for writing certain segments of the MPL market, or gets out of the MPL business, it reduces what is know in the insurance world as capacity. You might also think of this as supply. When the capacity available to write MPL insurance shrinks:

a. Supply gets reduced;

c. The cost of reinsurance goes up, and therefore;

d. The cost to the consumer goes up.

2) Actuaries take into account what is happening in each state, the region, nationally, and even around the world, when setting rates. Bad news anywhere is bad news everywhere. Actuaries and insurers then adopt a cautious approach to underwriting and as a result, rates go up.

In general, hospitals are experiencing even more of the rate pressures than physicians. You can rest assured that, if you haven't experienced a rate increase in your Professional Liability costs, it is probably coming with your next renewal.

So, these are the current realities, and yes, one could say with confidence that nationally we are entering a crisis period. Next month, in part two, we will take a closer look at the state of Alabama in particular, how the primary carriers in Alabama are being affected, and how that will affect you. While this article focuses on bad new, in part three I will be able to give you good news.