What Does the Research Say About Medical Cannabis? 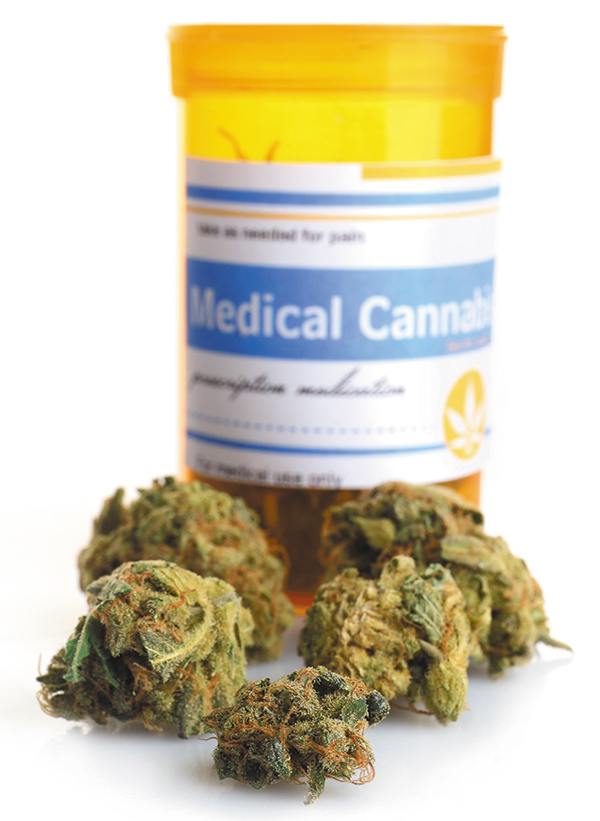 In 1988 researchers discovered a collection of receptor sites in the brain that were activated by Tetrahydrocannabinol (THC), which is one of 113 different cannabinoids that have been isolated from the Cannabis plant. A few years later, scientists found the first endogenous cannabinoid neurotransmitters (endocannabinoids), produced by the body, that bind to these receptors and named the complex of receptors and metabolic enzymes the Endocannabinoid System (ECS). Subsequent research has revealed how vast and important this system is in regulating many processes in the body, including immune response, communication between cells, appetite, metabolism, memory, and more.

Understanding the Endocannabinoid System (ECS), which includes a set of receptors in the brain and central nervous system (CB1) as well as receptors (CB2) in peripheral organs, is the key to gaining perspective into the health benefits of activating the system through medicinal cannabis. In that regard, the Laboratory of Physiologic Studies at the National Institutes of Health stated in 2013: "Modulating the ECS activity may have therapeutic potential in almost all diseases affecting humans, including obesity/metabolic syndrome, diabetes and diabetic complications, neuro-degenerative inflammatory, cardiovascular, liver, gastrointestinal, skin diseases, pain, psychiatric disorders, cachexia, cancer, chemotherapy-induced nausea and vomiting, among many others."

The research conducted to date on medical cannabis has led to approval for a number of conditions. For example, Florida has authorized cannabis for over 20 disorders, ranging from chronic pain to epilepsy to Crohn's disease and irritable bowel syndrome.

In regards to chronic pain, cannabis may prove to be a good substitute for opioids. A longitudinal analysis of the number of opioid prescriptions filled under Medicare Part D showed that when medical marijuana laws went into effect in a given state and dispensaries opened, prescriptions for opioids fell by 3.74 million daily doses per year. Another study published in JAMA showed that states with medical cannabis laws had a 24.8 percent lower mean annual opioid overdose mortality rate compared with states without medical cannabis laws.

A number of studies have shown cannabis to be an effective treatment for drug resistant epilepsy. In fact, G W Pharmaceuticals has developed an oral formulation of purified cannabidiol (CBD) called Epidiolex that was approved by the U.S. Food and Drug Administration for the treatment of seizures associated with Lennox-Gastaut syndrome or Dravet syndrome.

Several studies have indicated that cannabis may be an effective treatment for migraines. Over a three-year period, researchers at the University of New Mexico conducted a study of people who suffered from migraines. The subjects recorded the real-time details of their self-administered cannabis application including their symptom intensity levels prior to and following cannabis intake. 94 percent of the users experienced relief within two hours. The average symptom intensity reduction was 3.3 points on a zero to 10 scale.

Because the ECS is present in the GI tract and cannabinoids can affect gut motility, some researchers have postulated that administration of synthetic or phytocannabinoids may help with irritable bowel syndrome. Unfortunately, although cannabis is authorized for IBS conditions in several states, most study results are mixed, with one study showing a slight benefit in reducing symptoms.

One of the more promising properties of cannabis is its powerful anti-inflammatory effects. Researchers at the University of London found that THC has twenty times the anti-inflammatory potency of aspirin and twice that of hydrocortisone, but in contrast to all nonsteroidal anti-inflammatory drugs (NSAIDs), it demonstrates no cyclo-oxygenase (COX) inhibition at physiological concentrations. So there is some hope that cannabis or various cannabinoid compounds may show therapeutic efficacy with conditions like arthritis and other inflammatory conditions. In fact, 29 percent of respondents to a poll conducted by The Arthritis Foundation use CDB for arthritis and although the majority reported improvements in sleep and well-being, a minority experienced improvement in pain or stiffness.

The bottom line is that, while cannabis holds promise for some medical conditions, more research needs to be done to reach solid conclusions. In the end, the most efficacious results might come from targeted drug therapies that are synthesized from one or a combination of several cannabinoids.