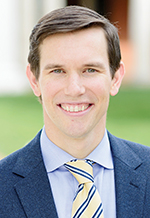 The Anterior Cruciate Ligament (ACL) provides anterior and rotational support to the knee. ACL tears are one of the more common sports-related injuries with over 100,000 occurring annually in the United States.

Orthopedic surgeons have several choices when deciding on grafts to replace the ACL in reconstructive surgery, the two main categories being allografts, which come from cadavers, and autografts that are taken from the patient's tissue, each with its own pros and cons.

Allograft surgeries typically result in less post-surgery pain with no donor site morbidity and can make for an easier rehabilitation compared to autografts. However, allograft replacements also carry an increased risk of re-injury, particularly in college and high school athletes, and pose a theoretical risk of infection.

With this in mind, it's not uncommon for a surgeon to choose an allograft for an older patient who is less active and an autograft for an active patient, particularly those who are involved in organized sports.

Within the autograft category, there are several tendons to choose from. Grafts from the hamstring tendon have a long history of use with a large volume of follow-up data. However, using hamstring grafts for ACL replacement can result in permanent hamstring weakness, which is a particular problem for female athletes as studies have shown that women have relatively weaker hamstring to quadriceps strength.

The patellar tendon is probably the most commonly used tissue in large part because when excising the graft, surgeons can harvest some of the patellar and part of the tibia so that there are bone plugs on each side of the graft, resulting in bone-to-bone healing. This graft is considered by some to be the choice for high-demand, contact athletes.

A third option that has gained in popularity in recent years is using the quadriceps tendon. "The quadriceps tendon has a number of advantages as a graft," said S. Evan Carstensen, MD, an orthopaedic surgeon with Alabama Bone & Joint. "Probably the most important advantage is that we harvest the quadriceps with minimally invasive surgery. Because of where the quad is located and the tools that have been developed, we are able to remove the graft tissue with a small incision just above the kneecap, whereas it requires a long vertical incision to excise patellar tendon tissue, in part because with the patellar you are also harvesting bone."

It stands to reason that, as in most cases, the minimally invasive approach should result in faster recovery.

The quad tendon also has the advantage of being consistent in size. "Grafts that are less than 8 millimeters in diameter have a higher tear rate," Carstensen said. "This is an issue with hamstring grafts because sometimes you can double or triple them over and they might still be too small in diameter. We cut the quad tendon graft at 10 millimeters so that the graft ends up being 8.5 millimeters every time.

"We can also cut the patellar tendon to any size you want, but it is not nearly as wide or robust as the quadriceps tendon. And the quad tendon is usually thicker so there is much more collagen in the quad graft." This thickness also ensures that there is a significant amount of quad tendon left remaining in position on the medial and lateral sides.

Some data show that the quad tendon graft surgery patients have a decreased risk of kneeling pain, which can be a problem with patellar tendon ACL surgeries.

And, according to Children's Hospital of Colorado, quad graft ACL reconstruction can be performed in athletes still growing because the growth plates are protected.

"I think it's a valuable graft," Carstensen said. "I treat it as another option for ACL reconstruction. I still do patellar tendons. We need to in the patient's specific issues when deciding on the best graft. For instance, if a patient had previous quad injuries, you do patellar. Or, some people have a really long patellar tendon that would be too long for the graft, I probably use quad graft instead of patellar.

"As always, it's best to evaluate each patient on a case by case basic and consider what their goals are. Nonetheless, given the excellent outcomes, less graft harvest pain, better cosmesis, and graft consistency, quadriceps tendon autograft should be considered for your ACL reconstruction."

Photo 1 caption: The quadriceps tendon harvest surgery (left) is minimally invasive, whereas the patellar tendon harvest requires a longer incision. Not necessary to use this one if you don't have space.