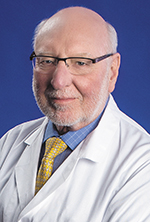 Has Candidates for Several Diseases with no Current Cure

While most Americans never gave any thought to the possibility of a pandemic until now, a group of researchers and virologists has been working to develop therapies for emerging uncontrolled infections long before COVID-19 came to dominate the headlines.

In fact, as early as 2009 Richard Whitley, MD, Co-Division Director of Pediatric Infectious Diseases at the UAB School of Medicine, served on a panel that advised President Barack Obama about the H1N1 virus. A few years later, the NIH National Institute of Allergy and Infectious Diseases (NIAID) issued a U19 grant to the UAB Antiviral Drug Discovery and Development Center (AD3C) with Whitley acting as principal investigator.

The original grant, which was renewed in 2019, had four components to study: coronaviruses which at the time included SARS & MERS; Alpha viruses, including chikungunya and Venezuelan equine encephalitis; Flaviviruses like Zika, West Nile virus, dengue virus, tick-borne encephalitis virus; and influenzas.

The grant has involved a multi-institutional collaboration. "Ralph Baric and Tim Sheahan at the University of North Carolina and Mark Denison at Vanderbilt have done coronavirus research, while chikungunya work was done at Oregon Health & Science University," Whitley said. "Research on Flaviviruses was done at Washington University and the University of Texas Medical branch. Southern Research and I have done the influenza work."

One of the drugs the investigators had studied, Remdesivir, is now being looked at as a possible treatment for COVID-19. The drug works by preventing the RNA-dependent polymerase from reading through a full screen which stops the RNA from translating into DNA, consequently preventing the infection from materializing.

"We had been researching Remdesivir since around 2016," Whitley said. "We had originally worked on it for MERS. But the homology between MERS, SARS and SARS-COV-2 (the virus that causes COVID-19) was so similar that Remdesivir had activity against SARS-COV-2."

Because of this, Gilead Sciences released Remdesivir for Investigational New Drug clinical trials. While the trials are not yet complete, a bit of conflicting data points have leaked. "At this time, we don't know if the drug works or not," Whitley said. "Two uncontrolled studies have appeared in publications, one in the New England Journal of Medicine, the other in a lay publication. Both indicated that the drug decreased hospital stay and mortality, but neither study was controlled."

Whitley expressed more confidence in the NIAID-sponsored trial, which was a controlled study conducted in over 60 institutions with 1,063 patients. That data, originally scheduled to be released at the end of May, was released a month early and showed a modest improvement in the time to recovery, with patients who received Remdesivir recovering in 11 days on average versus 15 days for those who got the placebo.

Although Remdesivir is currently in the spotlight, it is not the only therapeutic AD3C and its partners are researching. "We are working on a number of compounds, including three or four great leads," Whitley said. "Southern Research, which has been an integral part of these projects, has been performing high throughput screening. The leads from that research were evaluated in each of the four projects and the ones that were really promising in secondary and tertiary assays, which boils down to confirmatory assays, went into medicinal chemistry.

"As a result, I think we're going to have drugs in the next couple of years for diseases for which they are no therapeutics at the present time. I believe we'll have a therapy for chikungunya, a virus that causes significant disease in the Caribbean and Central America, and is moving into the United States. With the climate warming, we're going to see dengue sooner or later in the US, and we are optimistic about drugs to deal with that.

"This program was funded thanks to the wisdom of the NIH and particularly Dr. Fauci's institute. This effort is a team sport that takes all sorts of people sharing their knowledge. Everyone in the team trades emails throughout the week and we have regular conference calls. We also all get together on the last Thursday of the month and discuss the progress and problems we're having with each of the four projects.

"In my opinion, the scientists who are in this grant who are virologists are absolutely the crème de la crème of the world, not just in the United States. I'm grateful to be a part of it."