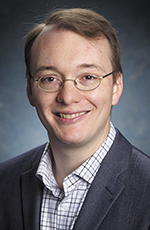 When researchers began to look at how low the dosage of naltrexone could be and still be effective in helping patients overcome addiction, unexpected things began to happen.

A low dose of the drug had a paradoxical effect. Given an hour before bedtime, it lowered endorphins as expected for a few hours. Then, in the early hours of the morning when the body manufactures endorphins, there was a rebound effect, increasing endorphins up to triple the previous day's level. That in itself has implications for many physical and mental health conditions.

Researcher Jarrod Younger PhD, director of UAB's Neuroinflammation, Pain and Fatigue Laboratory, has been studying another way low dose naltrexone (LDN) seems to be easing pain and fatigue from conditions such as fibromyalgia, chronic fatigue syndrome and Gulf War syndrome.

"Low dose naltrexone crosses the blood brain barrier and has a novel anti-inflammatory effect that modulates inflammation in microglia," Younger said. "Current thinking is that it goes beyond endorphins to directly act on the receptor that activates the inflammatory process in microglia. In reducing the inflammation, it also reduces the cascade of cytokines and toxins assaulting neurons.

More than half of the participants in the study reported a meaningful improvement in symptoms after taking a nightly 4.5 mg dose of LDN for 90 days. Although this was a small study, results were promising enough to warrant further investigation.

On the other side of the blood brain barrier, a similar calming of immune cells in the body has been reported in a number of other small studies looking at the use of LDN in a wide range of autoimmune conditions, with a corresponding improvement in symptoms.

As naltrexone is a low cost generic drug, there are no financial incentives for funding large studies to get separate FDA approval for low dose use. So funded by foundations and small government grants, studies around the world, particularly in the UK, have been investigating the effects of LDN on autoimmune conditions like Crohn's and MS, depression, and even looking at possible effects on tumors with opioid receptors. The studies are small, but the number is adding up to an impressive volume of positive results.

Health care providers who have been following the studies are taking notice and beginning to use LDN off label. This is especially true for patients who have experienced side effects with other medications or who haven't been able to achieve adequate relief from the usual therapies.

One of those providers is UAB rheumatology nurse practitioner Vanessa Hill, CRNP.

"I was intrigued by the results Dr. Younger was seeing, especially when I saw the data and understood how LDN modulates inflammation in microglia," she said. "I see so many patients with fibromyalgia and a whole range of arthritic conditions who are hurting in spite of treatment. So I started to discuss LDN with some of them. Naltrexone has a good history of being generally well tolerated at a much higher dose of 50 mg. or more for addiction and alcoholism. Low dose for pain usually starts at around 2.5 mg. and steps up to 4.5 mg. depending on how the patient is doing.

"When I saw how my patients responded, I could hardly believe it. I have never seen so many patients respond so well to any one medication. Several have told me it has changed their lives. Some merely say they are feeling better, but then they start talking about all the new things they are doing and realize what a difference it has made in more energy and less pain.

One of those patients was Karen, a UAB research nurse who was experiencing chronic, widespread tendonitis, muscle pain, poor sleep and fatigue.

"I constantly had to get injections just to make it through the day," she said. "The steroids didn't do enough or last long enough, and there are limits to how often you can have them without health consequences. Since I work in clinical research, I saw how well people in Dr. Younger's study were doing, and realized LDN might be the answer for me. I asked my rheumatology nurse practitioner at my next visit and she had heard Dr. Younger's lecture and was beginning to prescribe it.

"I was her third patient using it, but I would have been first in line if I had known sooner. I have seen 80 percent improvement for a year and a half now. The pain is so much less. I'm sleeping better and have less fatigue. I was worried that I was going to have to give up nursing, but now I'm doing so much better."

Hill often gets calls from other physicians around UAB and even out of state.

"I tell them about it and refer them to the research data," she said. "Since it is low dose, prescriptions have to be filled at a compounding pharmacy and I always prescribe a 90-day supply. It isn't covered by insurance, but it is a low cost generic drug. Compounding costs vary widely, but most of my patients have found sources that charge between $35 and $45 for a 90-day supply.

"Patients should take it every night about an hour before bedtime. It takes a while for such a small dose to turn around so much inflammation. They need to take LDN consistently for 90 days to get a clear sense of how well it will work for them.

"You may find additional benefits. One of my patients was prescribed opioids by a pain clinic. A while after she started LDN, a doctor at the pain clinic called to ask how on earth I got her down from several opioid pills a day to using just 45 pills over 90 days. I told him about LDN, and now he is prescribing it.

Dr. Younger is also studying other well-tolerated medications and readily available substances to find more alternatives that can pass through the blood brain barrier and calm inflamed microglia.

"We may one day have drugs with the financial incentives to fund large studies, but discovery, development, clinical testing and FDA approval could take years," he said. "Meanwhile, people are suffering. We need more research to find options that are available now to relieve symptoms.

"For the next few weeks, we will be continuing to recruit fibromyalgia patients for an ongoing pilot study using low dose dextromethorphan, the cough suppressant in cold medicines, which seems to have a similar effect on microglia inflammation, but doesn't block opioid receptors. This would offer another alternative for people who need the pain relief of opioids for other conditions, or need the usual higher dose of naltrexone to fight addiction or alcoholism."

Toward the end of the year, Younger hopes to be evaluating preliminary findings on this study and another that evaluates the effectiveness of commonly available substances with anti-inflammatory properties such as curcumin and resveratrol.

To refer fibromyalgia patients who may be candidates for the low dose dextromethorphan trial, contact UAB's Neuroinflammation, Pain and Fatigue laboratory, youngerlab@uab.edu or call 205 975-5907.