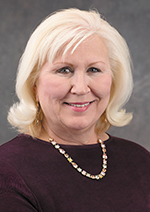 Soon Alabama nurses will likely be able to choose one medical license that will allow them to practice in more than 30 states. Nurses in those states will also be able to practice in Alabama without the delay and added expense of buying a separate license here.

If enacted, this legislation will approve participation in the Enhanced Nurse Licensure Compact (eNLC), which in turn could help to alleviate nursing shortages by making recruiting of temporary and travel nurses easier. It would also open up job opportunities for Alabama nurses, and could be particularly helpful in rural areas and near state lines where nurses may live in one state and work in another.

When the question of whether to join eNLC first rose, the Alabama Board of Nursing couldn't yet recommend it because many aspects of membership were yet to be defined. Now that guidelines and responsibilities are clear, benefits known, and a plan in place for covering expenses without increasing costs to nurses who choose an Alabama-only license, the board is giving the legislation its full support.

"We are the only southeastern state that hasn't yet joined the compact," Alabama Board of Nursing Executive Officer Peggy Sellers Benson, RN, MSHA, MSN, NE-BC said. "Membership would benefit both our nurses and our communities.

"Nurses will be able to choose the license that best fits their career plans. Those who choose a Compact license will be able to practice in person and participate in telemedicine nursing in other member states. Nurse educators will be able to teach students in multiple states without having to purchase multiple licenses."

"Nurses who are in military families or whose spouses are likely to be transferred will be able to seamlessly seek employment in any member state without having to obtain another license," Benson said.

Under Compact rules, nurses will apply for a multistate license in their home state. The Alabama Board of Nursing will be able to quickly verify licenses and backgrounds to expedite new hires for employers.

As of now, Compact licenses will not be available for advanced practice nurses such as nurse practitioners and nurse midwives, as requirements and scope of practice regulations vary so widely from state to state. These will need to be standardized before a multistate license will be available for these nursing specialties.

Passage of this legislation by both houses of the legislature is expected to occur shortly. Any changes in status that occur after this issue goes to press and before the next issue will be updated in our online edition at www.BirminghamMedicalNews.com.