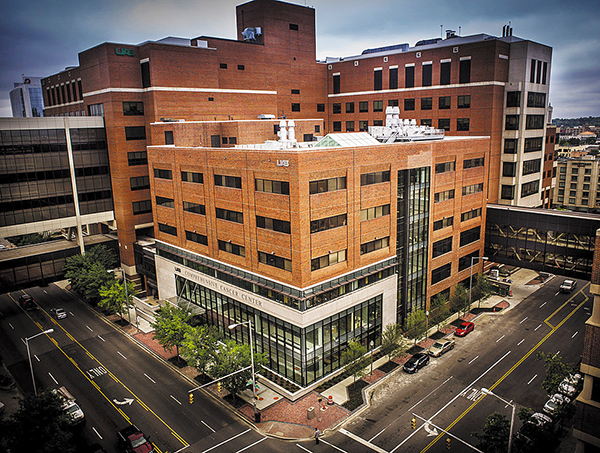 O'Neal Industries have given the largest single gift in UAB history -- a $30 million donation to the UAB Comprehensive Cancer Center.

The center will be known as the O'Neal Comprehensive Cancer Center at the University of Alabama at Birmingham.

"The O'Neal family has built a legacy in Birmingham, first in the city's steel industry and now in the city's future as a biomedical and technology hub," said Ray Watts, MD, president of UAB. "We are proud that our cancer center will bear the O'Neal name."

Members of the O'Neal family have been business and political leaders in Alabama for generations. Edward O'Neal was Alabama's 26th governor, and his son Emmet served as the state's 34th governor. Kirkman O'Neal was a pioneer in Birmingham's burgeoning steel industry, founding what was to become O'Neal Steel in 1921. 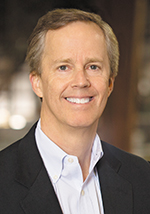 "This is an opportunity to give back to a cause that is important to everyone," said Craft O'Neal, chairman and CEO of O'Neal Industries and grandson of Kirkman. "We hope the gift will be used in ways that will yield the greatest results."

"This gift will enhance the profile of the cancer center as a premier national destination" said Selwyn Vickers, MD, dean of the UAB School of Medicine.

The UAB Cancer Center was one of the original eight comprehensive cancer centers established by the National Cancer Act in 1971.

"We have made great strides in cancer treatment," said Will Ferniany, PhD, CEO of the UAB Health System. "In the years ahead, the promise of proton therapy, precision oncology, advanced genomics and new therapeutics should reduce the burden of cancer on patients, and on the health care system. The generous O'Neal gift will be a driving force that transforms cancer care."

The O'Neal family has been touched by cancer. Kirkman's son, Emmet, died from emergency surgery associated with colon cancer, and his daughter Libby O'Neal White was a breast cancer survivor. Her husband, David White, succumbed to cancer, as did Craft O'Neal's mother Mary Anne and his brother Kirk.

The O'Neal Comprehensive Cancer Center at UAB is home to more than 400 physician-scientists and is involved in over 200 clinical trials of promising therapeutics, many using therapies that were developed at UAB. The center treats an estimated 5,000 new patients each year.

O'Neal industries have a history of philanthropy with UAB. Craft O'Neal is a longtime member of the cancer center's advisory board, and over the years, O'Neal Industries and family members have supported departments across UAB, including the Comprehensive Cancer Center, the Collat School of Business, the Department of Neurology, the School of Nursing, the Comprehensive Diabetes Center and UAB Athletics.

"Our company has a nearly 100-year history here," O'Neal said. "We believe in giving back to the community that has been so good to us. UAB is the economic engine of Birmingham and, to a large extent, the state of Alabama. My hope is that others will see the exciting developments at the cancer center and want to invest in its future and that of our city."

"My grandfather's and father's generations of O'Neal employees laid the foundation for the success we enjoy today," O'Neal said. "I hope each of our employees, customers and suppliers will take pride in this gift, because without their contributions, we would not be able to give back in such a meaningful way."

According to Michael Birrer, MD, PhD, director of the center, the gift will help: