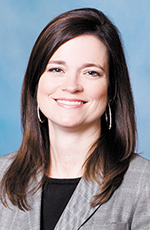 The Alabama Hospital Association has launched the ALhealthmatters campaign, highlighting the importance of expanding Medicaid in Alabama. As a result, hospitals are working with business, civic and government leaders to stress the importance of expanding Medicaid in the state while sharing results of the positive impact expansion is having in other states.

"This is not a new campaign for the Alabama Hospital Association." Howard said. "We have been advocating for Medicaid expansion since it first became available. It's more aggressive and revived now.

"More than half of the people eligible for Medicaid expansion in Alabama are already working, but they are working in lower wage jobs where they don't make enough money to purchase private insurance. Their jobs do not offer insurance, yet they make too much money to qualify for any type of federal subsidy to help them purchase insurance. They are in a gap."

The result is a population that doesn't have access to medical care, putting their health at risk as well as the health of those around them.

"I get a flu shot every year, but someone without insurance might not be able to afford it," Howard said. "If someone without insurance has flu symptoms, they may try to self-medicate with over-the-counter medicine, rather than seeing a doctor, and then go to work where they expose others. Or they stay home until they are sicker than they would have been if they had seen a doctor on the front end. They wind up in the emergency room and often need to be admitted with a more health-threatening situation. This could have been avoided if they had insurance.

"Alabama has the worst infant mortality rate in the nation. Women without insurance don't get prenatal care and don't have access to an ob/gyn. They aren't getting prenatal vitamins or the monitoring they need. When they go into labor, they don't have a doctor and show up in the emergency room, perhaps in distress. Studies show the best thing you can do to impact infant mortality rates is expand Medicaid."

"There is a lot of negative connotation about Medicaid that is inaccurate," said Beverly Jordan, MD, chair of the Rural Workforce Task Force of the Alabama Medical Association. "Our Medicaid program only covers indigent children, the disabled and the poor elderly. There is a gap of the working poor who have jobs, but whose wages won't cover insurance. That is a significant amount of the adult population in Alabama. As health insurance prices skyrocket, this gets worse.

"Those patients aren't getting any care. They can't afford it. Expansion of Medicaid to cover them would decrease the overall cost of healthcare in our communities and allow us to provide more comprehensive care and more preventative care, instead of waiting until everything is an emergency."

"The benefits we're talking about are not theoretical. We see these positive experiences in other states that expanded Medicaid," Howard said. "We can point to these states to show the number of jobs created, the economic activity that resulted, and the savings they saw."

Howard hopes the ALhealthmatters campaign will help educate the public as well as the medical community about the benefits of Medicaid expansion.

For more information about the campaign, visit www.alhealthmatters.com