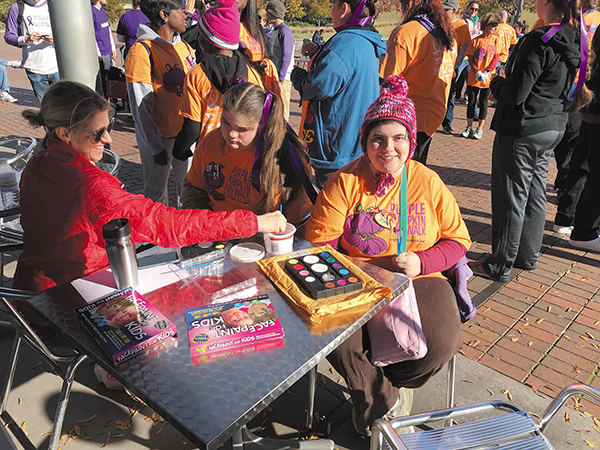 Following a recent reorganization and move to Birmingham, the Epilepsy Foundation of Alabama kicked off Epilepsy Awareness Month with their Annual Purple Pumpkin Walk. But Executive Director Mary Michael Kelley, MEd, MPA, says the foundation offers much more than just this fundraising walk.

"Over 54,000 people in Alabama are affected by epilepsy or some seizure disorder," Kelley said. "Epilepsy can affect many aspects of a patient's life.

"For example, people with epilepsy have to be seizure-free for six months to have their drivers' license so if their seizures are active, they have to rely on family and friends to drive them because we don't have developed public transportation in Alabama. And Uber and Lyft are expensive. We are working on ways to address this issue.

"And medical costs, including doctor visit copays and medicine, increase for someone diagnosed with epilepsy. If someone is unable to afford their medicine co-pay, which can be expensive, we may be able to help. We may not be able to guarantee to help every single person for every single month, but we do what we can to help the first few times and then identify other help from there. We are also able to connect these clients with more safe, low-cost alternatives.

"And, unfortunately, while the American with Disabilities Act has improved the situation, many people with epilepsy face employment discrimination. We advocate for epilepsy sufferers in this arena.

Two additional programs provided by the the Epilepsy Foundation of Alabama include a summer camp for children with epilepsy between the ages of 6 and 18 and Studio E, an art therapy program for children and adults.

The Epilepsy Foundation provides scholarships for up to 18 campers each summer to spend a week at Camp ASCCA on Lake Martin. "Parents know their child is having fun and being cared for medically," Kelley said. "And the parents get a little time off as well."

The art therapy program enables patients to express how epilepsy has affected them. Led by a certified art therapist, the eight-week program is free and was started last year, earning great reviews by participants.

"We try to provide all these pieces to make sure everything beyond disease management is taken care of," Kelley said. "We work with healthcare providers to provide the social services for these families." 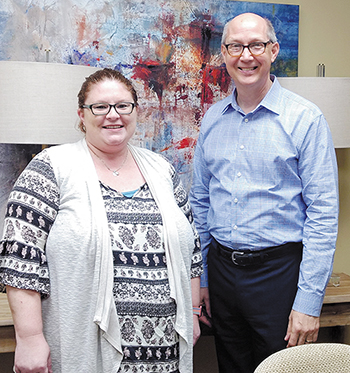 Kelley says they are working to make sure the healthcare community is aware of the partnership the Epilepsy Foundation is able to provide. "We can take the burden off physicians," she said. "When a new diagnosis is made, information for the patient is available. Many people don't realize how many areas of their life will be affected until days, weeks or even months after their diagnosis."

As the son of a mother with epilepsy, newly appointed Board Chair Garland Stansell, chief communications officer of Children's of Alabama, understands the impact epilepsy can have on a family. As a result, he became involved nearly 20 years ago with the Epilepsy Foundation. When the Mobile and Birmingham organizations were reorganized in January, the chapter was moved from Mobile to Birmingham. Stansell was asked to serve again on the board, and eventually to become chair.

"It's important to have a chapter based here," Stansell said. "Birmingham is more centrally located, and we can be linked with the research being done at UAB and Children's."

"There are many new developments in the treatment of epilepsy," he said. "There is a ketogenic diet that many children have used successfully. There are changes in medications.

"And we have introduced a new laser surgical procedure here at Children's. Surgery prior to that was a partial craniotomy that was very invasive and removed parts of the brain that didn't need to be removed. Now with the lasers, there's no cutting of the skull, and surgeons can pinpoint the area of the brain causing the seizures and cauterize the area. Within 24 hours, most patients are either seizure free or they are reduced from hundreds a day to almost nothing.

"UAB and Children's are also studying Cannabis oil which has shown to be very promising."

As more promising medical treatments develop, the Epilepsy Foundation is committed to working with the medical community to help patients with epilepsy lead fuller lives. The foundation nationally has adopted the theme "Let's use our brains to end epilepsy." With the newly reorganized chapter in Birmingham, the local healthcare community has a resource for reaching that goal.