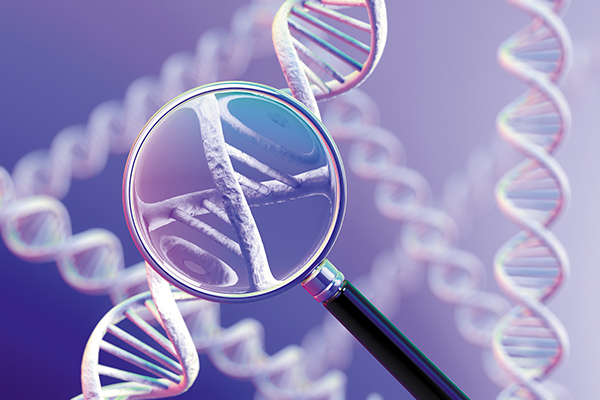 Medications form the main modality of treatment for diseases. Medications are efficacious in most but not all patients. Moreover, adverse effects are common. So there are questions to answer when prescribing: which drug? What dose? Too little and it might not work at all. Too much and you could be putting the patient at risk from the drug itself.

Physicians have always personalized medication therapy considering factors specific to the patient. Every prescription a physician writes has a decision-making process involved, and it goes well beyond weight, age and gender.

Both genes and physical condition affect how an individual responds to medication. Unfortunately, the patients most likely to need more or less than the average dose aren't usually included in clinical trials.

There is an interplay between genes, environment and physical function that influences response. People of African descent have often been underrepresented in clinical trials for drug approval, even though they may have novel genetic influences such as the CYP2C single nucleotide polymorphism that exerts a clinically relevant effect on warfarin dose. Patients with serious illnesses that affect kidney, liver and heart function would not qualify for the trial. However, they are many of the real-world patients who are likely to need medications.

Over the past 15 years, UAB anticoagulant research focusing on warfarin has been open to everyone, which afforded researchers the opportunity to study a cross section of the patients, including a number of people of African descent, enabling researchers to learn about how genetic factors not found in European populations influence drug response. Researchers were also able to look at how kidney, liver and heart function diminished by disease processes affect dosage requirements.

Since around 90 percent of medications on the market are metabolized by the liver and drugs are prescribed for very diverse populations across the country and around the world, the UAB researchers' findings could be a consideration for prescribing many types of medications.

They found that diminished renal function may have implications for a larger proportion of warfarin users than previously estimated. When kidneys are less efficient at removing toxins, the production of enzymes in the liver needed to clear medications from the body is reduced. In heart failure, the diminished flow of blood also inhibits the liver's ability to remove medications.

Warfarin is the most widely prescribed oral anticoagulant in the US and it has a very narrow therapeutic index with a large interpatient variability in the dose required to achieve target anticoagulation. Patients with impaired kidney, liver and heart function may need to be initiated at a lower dosage and monitored more closely. In patients of African descent, who may vary in both body mass and genetic influences, race-specific pharmacogenetic algorithms, rather than race-adjusted algorithms, should be used to guide warfarin dosing.

When heart patients requiring a stent come to UAB, clinicians use a swab sample for rapid testing of key genes to help physicians determine which combination of anticoagulants is likely to be most effective. In 70 percent of patients, aspirin with Plavix works well. But 30 percent need a different choice.

The UAB research team tracked this intervention to verify that it was having a positive effect on outcomes and found that after a year, mortality rates for this population were down by 50 percent.

In addition to anticoagulants, UAB is investigating medications for depression and chronic conditions.

Depression medications tend to work in only around 40 percent of patients. It can be a long search to find the drug that works best in the individual, leaving patients at risk. Hopefully, the use of pharmacogenomics may help health care professionals find faster, more effective ways to identify the drug and dose likely to work best. The response to many other drugs, including opioids, has genetic underpinnings that could be helped with pharmacogenomics.