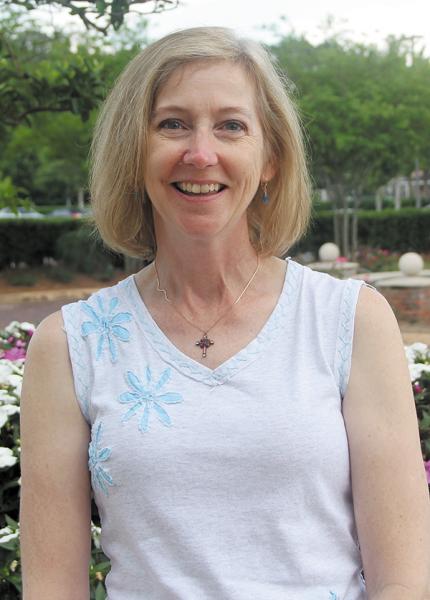 If you are wandering the halls of the University of South Alabama's School of Medicine, hear music and someone counting to the beat, it's probably Dr. Fun and her colleagues. Dr. Fun, also known as Associate Professor of Pediatrics Lynn Batten, MD, earned the nickname about a year ago, but what may seem like fun and games is a mission from the heart to bring joy and better health to her patients.

"We have so much fun doing this, but I will never forget how it got started," Batten said. "Dr. Fun's Dance Party USA may have started out as a video for just one patient, but it's so much bigger and has touched so many more lives. I feel like I'm on a mission from God."

It all began with one patient. A five-year-old girl named Synclaire had captured the heart of Batten and her staff. Synclaire had only one ventricle and had already experienced three surgeries and pretty much every complication possible in her short life by the time Batten sent her to UAB to be wait-listed for a heart transplant. 11 weeks later, Synclaire was still waiting. The days grew long and the nights longer.

"We would check in with her mother every now and then. One day, her mother said Synclaire really needed a smile, so I asked what her daughter's favorite song was," Batten said. Armed with Bruno Mars' "24K Magic" and her son's talents at filming, Batten and her staff choreographed their first dance video. It was only 90 seconds long, but all the staff who had worked with little Synclaire had a chance to dance for her.

As Batten's son was editing the video to post online, the physicians at UAB called. Synclaire wasn't doing well, but word spread about the video the USA team was putting together for her. Batten's wanted to have the video posted that evening. At that point, her greatest fear was that Synclaire would pass away before seeing it.

"I worried that she might die before we can get this online for her. That a horrible feeling. But, that made me realize there are so many other kids out there who might like to see their doctors dancing around and having a little fun. We could do videos for kids in the hospital. All these thoughts just started pouring out about what we could do next," Batten said.

Batten emailed Synclaire's mother the link to the video that night. The UAB staff called her the next morning to let her know Synclaire had coded. She was on life support for about a week before she passed away.

"Her mother told me later that Synclaire did see it and it made her heart shine," Batten said.

After that first video, Dr. Fun's Dance Party USA was officially born with an expanded mission to not only help her young patients by lifting their spirits during hospital stays, but to also motivate them to exercise to stay healthy. The staff who participate in the videos have had so much fun that they continue dancing on their breaks.

"We're going to keep this going." Batten said. "There are other kids who might enjoy watching their physicians and medical staff dance around for a couple of minutes. Plus it's worth it if it brings our patients just a little bit of joy. We want the kids to make requests so we can keep going forward. One of our patients requested 'Shake It Off' by Taylor Swift because she wanted something more upbeat to have on her phone so she could stay on her treadmill a little longer each day. That was a lesson for me, too. So now when I tell patients they have to exercise more, I ask what their favorite song is. Two patients have asked to be in the videos with us which makes it even more special."

If you would like to view Batten's video, go to her YouTube channel at Dr. Fun's Dance Party USA.