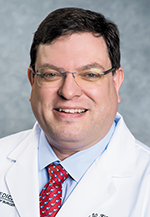 In an instant on a slippery interstate, the face you expect to see in the mirror every morning could change. Trauma, burns and diseases steal familiar features that are so much a part of how people see themselves and how the world sees them.

With the dramatic strides now being made in reconstructive medicine, however, we are on the threshold of a new era in restoring faces damaged by injury, illness and congenital deformities.

The idea of face transplants sounds like science fiction, but it is now a reality repeated multiple times in international medical centers. That is only the beginning of where fiction is becoming fact. Research into 3D printing of skin and other biological structures is yielding promising results right here in Birmingham.

Timothy King, MD, is one of the researchers involved in the remarkable work now being done at UAB. An associate professor in the Department of Surgery and Biomedical Engineering, he is Director of Research in the Division of Plastic Surgery. King's research focuses on regenerative therapeutics, cellular signaling pathways and new techniques for healing chronic wounds.

"We're still in the early stages, but we are seeing are exciting results. Being able to use a computer file, hydrogels and fibroblasts to generate skin could make such a difference for our burn and trauma patients. We wouldn't be dependent on having enough healthy skin for grafts.

"The goal is to produce skin with multiple layers and eventually use computer guided images to fit the shape and depth of the skin to the wound. Growing skin cells from the patient's own fibroblasts would help avoid rejection. Eventually we may use stem cells and direct them to develop into skin cells."

In the future, 3-D printing might be used to replace bone and supportive tissue so grafts don't have to be taken from other areas of the body.

"Imagine being able to scan a tumor and surrounding tissue before surgery so that we can get precise templates for removing it; then replacing that tissue with a 3-D printout that matches exactly," King said.

Another area of King's research has implications for healing chronic wounds and reducing scarring.

"At the molecular level, we're studying NOTCH proteins found in skin," he said. "NOTCH 1 is involved in the bottom layer of wound healing as skin begins to fill the gap. NOTCH 2 helps thicken the recovering skin and NOTCH 3 continues with a stacking process.

"We're finding that too much NOTCH 1 around the fibroblasts seems to increase scarring. Too little leaves skin that looks like a basal cell cancer. Being able to regulate NOTCH 1 to the optimum level could be helpful in preventing keloid formation and in minimizing scars."

King works directly with patients in reconstructive medicine at both UAB and Children's of Alabama, where much of his efforts are aimed at correcting congenital deformities. He brought a new procedure to Alabama that is saving the lives of newborns and preventing the need for a tracheotomy.

"Some babies are born with a mandible that is too small for the tongue, which makes breathing difficult," King said. "In the past, they often went home with a trach, which can be difficult for a family to manage,"

"The procedure that Dr. Rene Meyers and I are doing begins with a cut in the jaw bone. We insert a metal device with a key that we turn one to two turns at a time over a ten-day period to gradually expand the space enough for the tongue to fit and allow normal breathing. After a couple of months, the device can be removed."

King is considering a new idea that could provide another option for patients with extensive burns.

"I was talking with a colleague who is knocking out genes linked to transplant rejection in organs from pigs," he said. "It occurred to me that pig skin with rejection genes knocked out could help us save more burn patients. We're already using pig skin in temporary dressings. If we could use it to replace skin in patients who don't have enough healthy skin for grafting, it could save lives."

Reconstructive medicine is making a tremendous difference in patients' lives, and at the pace in which new advances are evolving, the future looks bright.

"Being able to help patients have a better quality of life is why I went into the field. It's rewarding to see people smile again," King said.