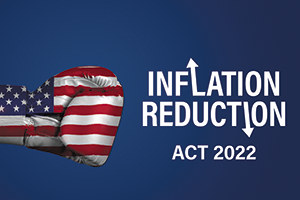 By Jesse Neil and Ellie Martin

It’s natural, this time of year, to reflect on the past twelve months and cast a wary eye toward the year ahead. For healthcare providers, 2022 was marked by workforce and labor challenges, unrelenting financial pressures, disruptive supply shortages, rising prices, climbing interest rates, increased operating costs and decreasing margins. And then there’s the global pandemic that was maybe mostly over, or not, but still hanging around.

But it is the holiday season after all, and perhaps we all deserve a little good news—wherever we can find it.

Back in July, the federal Inflation Reduction Act of 2022 was introduced by Senator Joe Manchin (D-W.Va.) who had put the final nails in the coffin of the Biden administration’s Build Back Better bill. Sen. Manchin objected to the $1.75 trillion price tag for Build Back Better, and said the Inflation Reduction Act was an “opportunity to make our country stronger by bringing Americans together.” Congress passed the legislation along party lines, and President Biden signed it into law in August.

So here’s some good news: The new law provides relief to Medicare beneficiaries and other healthcare consumers, and many of the Act’s healthcare provisions take effect on January 1, 2023.

Starting in 2025, out-of-pocket prescription drug expenses in Medicare Part D will be capped at $2,000 for Medicare beneficiaries. Additionally, the new law requires Part D plans to implement “improved financial protections” that would be phased-in starting in 2024.

Perhaps the bigger story is that the Act gives Medicare the ability to negotiate drug prices directly with pharmaceutical companies and manufacturers. In 2023, Medicare will announce the first ten drugs for which it will negotiate prices. The initial ten must be selected from among the “highest-spending, brand-name Medicare Part D drugs that don’t have competition.” Negotiated prices for the first ten drugs will be available beginning in 2026 with additional Part D drugs added in subsequent years. CMS believes that requiring Medicare to negotiate prescription drug prices will encourage “drug makers to create new ways to do business so they can stay competitive.”

To address rapid price hikes for prescription drugs, the new law requires companies to pay a rebate to Medicare if they increase drug prices faster than the rate of inflation. The law imposes a cap on the out-of-pocket cost of insulin at no more than $35 for a month’s supply.

The American Rescue Plan Act was enacted in 2021 in an effort to offset some of the economic damage being caused by the COVID-19 pandemic. The Act significantly increased premium subsidies to help lower monthly premiums for health insurance obtained through HealthCare.gov and state-based Affordable Care Act Marketplaces. These premium subsidies were set to expire in January 2023, but according U.S. Rep. Terri Sewell (D-AL-7) the new law “locks in lower healthcare premiums for 209,000 Alabamians who will save an average of $800 annually per person.”

So there it is. Some immediate help for healthcare consumers with respect to healthcare insurance, some help in the future with the cap on out-of-pocket prescription expenses for Medicare that arrives in 2025, and the promise of a new era in which Medicare negotiates drug prices with manufacturers. As holiday gifts go, maybe these things weren’t at the top of your wish list, but perhaps the new law will provide a glimmer of hope at a time when it is needed. 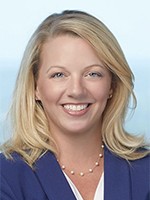 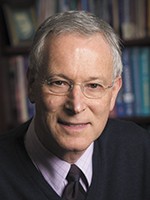 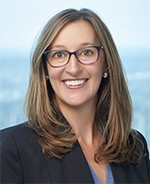 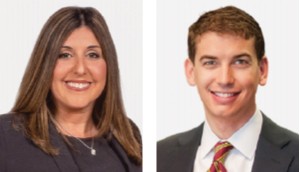