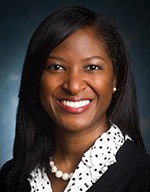 Why Are African American Women More Likely to Die from Breast Cancer?

According to American Cancer Society figures, African American women are slightly less likely to have breast cancer—but if they do develop the disease, they are 42 percent more likely to die from it. The question is why.

“It’s a combination of biology, access to health care, and a whole range of economic and social factors,” Erica Stringer-Reasor, MD said. An assistant professor at UAB, she works in hematology and oncology, focusing on translational research in the treatment of highly aggressive women’s malignancies, including triple negative and HER2+ breast cancer, as well as high-grade ovarian cancer.

“African-American women are more likely to develop triple negative and other highly aggressive types of breast cancer that are harder to treat and faster to kill,” she said. “Many live in areas where access to health care is difficult and they may not have the financial resources to take off work and travel long distances for regular screenings that might detect the cancer early when it is more treatable.

“Another factor is likely to be the overall health of African-American patients at the time they are diagnosed. There are often co-morbidities that put these women in a weaker position to fight the disease. They are at high risk of developing hypertension, diabetes, obesity and a rage of unknown and untreated or undertreated conditions. This again stems from lack of access to basic healthcare. They may not have insurance through their work or be able to afford individual insurance or direct payment for care.

“Lifestyle factors can also contribute to risk. African-Americans are more likely to smoke. Food choices are influenced by cultural traditions of high fat and high salt foods. Healthy foods are expensive and may not be readily available to people who don’t have a grocery store nearby.”

Timely treatment and monitoring for recurrence can also stack the odds for or against a patient. If symptoms are ignored too long due to cost concerns, lack of awareness of their importance or of family history, cancer can gain a foothold that is difficult to overcome.

Another problem in beginning treatment is knowing which treatments are most likely to work for which cancers and which people. The unfortunate fact is that African-Americans have been seriously underrepresented in clinical trials for new medications and treatments. Although a trial can give a physician data on how well a treatment worked for participants, it can’t give a definitive answer whether the same results will hold true for patients who weren’t represented in the trial.

“We know that some medications, such as blood thinners, work very differently in people with different genetic backgrounds. To be sure we are giving African-American patients the most effective and safest treatment for the type of breast cancer they have, we need African-American participants in those trials equal to their percentage in the overall population,” Stringer-Reasor said.

Unfortunately, efforts to recruit more African-Americans to participate in clinical trials have been difficult. There is the lingering image of research that exploited African-Americans early in the last century that is beginning to be resolved, but the difficulties of distance and economics have to be overcome to make participation easier.

“Part of that can be managed by working with health care partners in the communities where people live,” Stringer-Reasor said. “If the study requires a blood draw, that would be easier to do in the local doctor’s office or health department than having to drive a hundred miles every time.”

Awareness of trials is another area where we can do better. On diagnosis, every patient should be given access to current listings of clinical trials they may qualify for that might be beneficial for their condition.

“We make a point to get the word out,” Stringer-Reasor said. “When a patient is diagnosed, we give them contact information with phone numbers and websites they can check for lists of the latest trials. We also do outreach, working with churches and civic organizations to have health days with speakers and we hand out informative flyers. We want to help people understand the importance of breast cancer screenings and how they can get it done free or at low cost.”

“We want African-Americans to understand how important it is that we are well represented in trials so we will have solid answers on how well we can expect treatments to work for us. It’s a legacy we can give back to our community. It’s also a way to get access to the cutting edge treatments that might be the answer to changing the outcome of our illness, or at least giving us longer and better quality time with our families.” 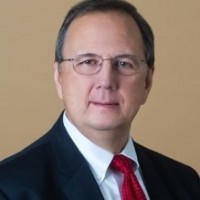 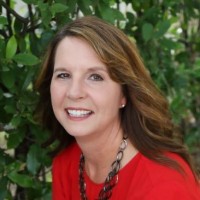