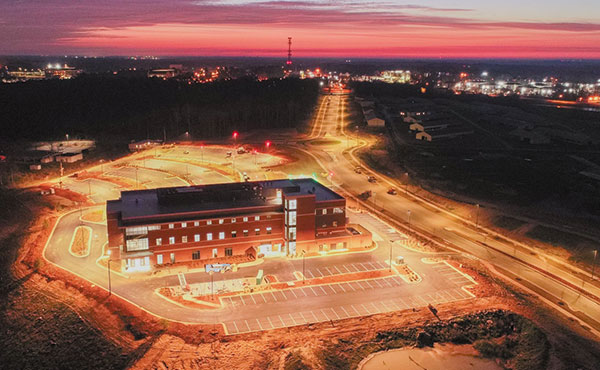 The Auburn Research Park covers more than 170 acres of lakes, meadows, forested areas and a wetland preserve adjacent to the Auburn University campus. The Park, described as an entrepreneurial ecosystem, hosts both research institutes and businesses to develop partnerships and new ventures commercializing Auburn University's intellectual property assets. Tenants range from businesses like Kassouf & Co and Northrop Grumman to researchers in disciplines such as biological sciences and biosystems engineering.

And in a few weeks, the Park gets a new Tenant when East Alabama Medical Center (EAMC) opens its 84,000-square-foot healthcare facility.

The genesis for the new $34 million facility grew out of an expanding population and a busy emergency department. "The ED on our main campus was built to service 36,000 patients a year, and we are now averaging 50,000 patients. That ED is sort of landlocked in a tight space, making it impossible to expand. So in an effort to keep up with the growth of our community, we were looking at locations for a new emergency department. Likewise, we wanted to base it in an area where the community was growing. The Auburn Research Park turned out to be the perfect spot," said Laura Grill, President and CEO of EAMC.

The new freestanding emergency department anchors the 37,500 square-foot first floor in the three-story building. It is only the fifth freestanding ED in Alabama and will be serviced by the same pool of physicians and nurses that staff the ED on the main EAMC campus. The project executives designed the FED to move patients through quickly and efficiently. Along with 12 exam rooms, the first floor will contain all the necessary services, including an in-house pharmacy to provide medicine for patients while in the FED; a retail pharmacy, which is EAMC's third retail pharmacy location, for patients who need to fill a prescription before leaving for home; along with laboratory services and outpatient diagnostic imaging services. There is an ambulance station two miles away that will handle transporting patients who need to be moved from the FED to the main hospital and a helipad is located adjacent to the FED.

At the same time that EAMC executives were looking for a place to locate the FED, they were in conversations with some of their affiliated surgeons about building an ambulatory surgery center. The group soon realized that it made sense to put both in the same building. Now the ambulatory surgery center, a joint venture between EAMC and a group of physicians, is on the second floor. This floor is 24,000 square feet and contains four operating rooms and four endoscopy suites.

"The surgery center gives us extra operating room capacity which we needed for a growing community," Grill said. "They will serve multiple surgical specialties, including orthopedics, ENT, ophthalmology, general surgery, gastroenterology, and plastic surgery, to name a few."

The third floor houses a dedicated breast imaging facility, which occupies 5,800 of the 24,000 square feet, with the remaining space left open for future growth. "The breast imaging facility is designed to be isolated from the main floor imaging center," Grill said. "It's a one-stop shop for all breast imaging needs, including ultrasound, MRI, biopsy, all the things patients would need for mammography care. We have dedicated physicians who serve that space."

The Auburn Research Park location will benefit both Auburn University and EAMC, as nursing and pharmacy students will have access to rotate through, providing the students with training while they help assist EAMC staff. "Auburn is a strategic partner of ours for training and developing people in their health sciences program, which makes this a good fit," Grill said. 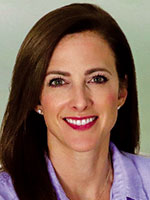 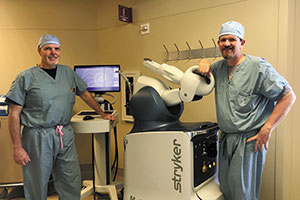 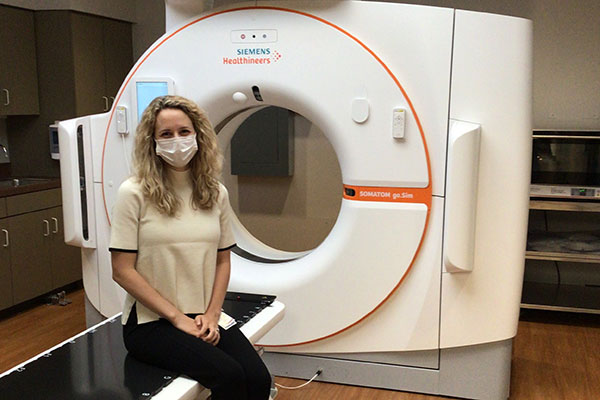