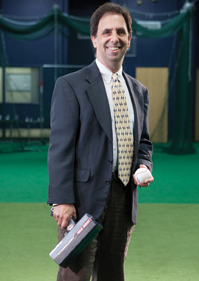 What do Major League Baseball, youth gymnastics, and Hollywood digital effects have in common? They all intersect in a field known as biomechanics - a specialty that didn't even exist in its current form only a generation ago.

Glenn Fleisig, PhD, research director of the American Sports Medicine Institute, remembers being a senior in engineering at the Massachusetts Institute of Technology in 1983 and telling a professor that he'd like to combine his engineering career with his love of sports, particularly baseball.

The professor laughed and said, 'there aren't any jobs in biomechanics.' But Fleisig chose a senior project on the biomechanics of a golf swing, and a year later did an internship at the Olympics Training Center in Colorado. The lab director there concurred that there were no jobs in the field, but introduced Fleisig to an up-and-coming physician named James Andrews who envisioned creating a sports medicine center.

"We were a good match and liked each other," Fleisig says, "but Dr. Andrews said he wasn't quite ready to create his own center yet."

Two years later Fleisig received a phone call to his home in Tappan, New York, saying Andrews was establishing the American Sports Medicine Institute in Birmingham. The Institute offered Fleisig a job, and he's been there ever since.

"When I was in high school, I was good at science and math," Fleisig says. "And I loved playing and watching sports. But I didn't know there was a field named biomechanics or that I'd ever be fortunate enough to combine engineering with my love of sports."

Today Fleisig's work centers on sports injuries and ways to prevent them, with a special concentration on baseball pitchers. The latest computer technology plays a major role. "In the 1980s, we were one of a very few labs that put little silver markers on athletes and used high-speed cameras to track their motions."

Over the next two decades, large film production companies invested a great deal of money in refining this type of technology for special-effects purposes, minutely tracking actors' movements through sensors and transforming them into superheroes or alien beings. And the new tech breakthroughs were adapted by biomechanical researchers as well.

Sports injuries fall into two categories. One is the acute, as when an athlete falls and buckles a knee. The other is known as repetitive - an injury that's self-inflicted from performing the same motion again and again over a period of years.

The traumatic ones are hard to study and hard to prevent, so the majority of injuries ASMI deals with are the repetitive stress variety. Today, injuries to pitchers are about half elbow and half shoulder. An elbow ailment that's been in the news lately is one that requires ‘Tommy John’ surgery, named for the 1970s pitcher who was first diagnosed with the injury and whose surgery led to a successful recovery. The medical term is ulnar collateral ligament reconstruction. A recent survey by Fleisig and colleagues found that 15 percent of current minor league pitchers and 29 percent of major league pitchers have had the surgery.

Major League Baseball created a task force with Fleisig and Andrews to study the problem. "We decided that Tommy John surgery was not just a major league problem, but was related to minor league and amateur athletes as well," Fleisig says. "In the early 1990s baseball surgeries at our medical practice were all adults, but now many high school athletes are coming in for surgery.

"Society has changed. Kids used to play baseball for a few months, then football, then basketball, and much of it in an unstructured setting. But now more kids are playing a single sport in a structured way year-round, not only baseball pitching but other sports such as soccer and gymnastics, and the result is an increase in overuse injuries."

One important outgrowth of the task force is an initiative known as Pitch Smart, aimed at helping players and coaches avoid overuse injuries and foster long, healthy careers for youth pitchers." The biggest factor, Fleisig says, is "pitch-count limits--how many pitches are too many, how much is enough."

An even newer technology is helping shed light on such questions. "The next generation is arriving now," Fleisig says. "The current technology has been mostly inside the lab, but now outdoor motion capture systems are being developed. Instead of bringing a pitcher to a lab, you can bring the lab to spring training."

The next breakthrough will be smarter cameras that can recognize joints and body parts without requiring the traditional markers. "That can really open things up, letting us capture in-game data rather than simulated lab data,” Fleisig says.

Perhaps the best summation of Fleisig's career thus far is found on his e-mail signature, in a quote from physician Albert Schweitzer: "Success is not the key to happiness. Happiness is the key to success. If you love what you are doing, you will be successful."

"What I love most about what I'm doing," Fleisig says, is "helping people play sports and have fun doing it, both for top level professional athletes and for the kid down the street." 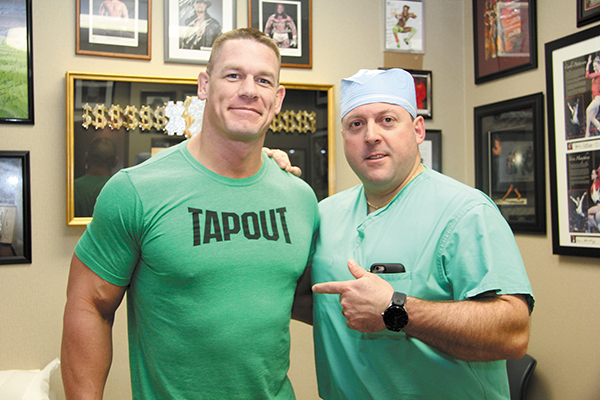