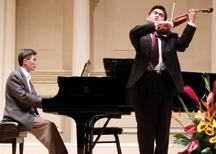 By the time Taiwan native Jason Tsai was finishing high school and thinking about colleges, his career plans had come down to a fork in the road: medicine, or music? He ended up taking both paths--studying piano and performing chamber music while he was attending medical school, and his life has been richer for it.

Today, Tsai is both a nephrologist and an accomplished classical pianist, and his 17-year-old son Eric is a violin prodigy. Eric's concerts have drawn reviews such as "phenomenal." He's soloed with symphonies, and has appeared on National Public Radio's syndicated showcase for young musicians, "From the Top." Tsai's four younger children variously play piano, violin, and cello.

Looking back, you could say Tsai's early career dilemma was encoded in his genes. "My maternal grandfather and some other members of my family were physicians," he says, "and from childhood I'd spend time with them at their clinics. My mother was a nurse who also played music. My father didn't play, but he was a strong musical influence on me. Stereo technology was not great in the early 70s, but he played lots of LPs of Brahms and Beethoven.

"When I was younger I thought about majoring in music, but I decided I didn't have the training and the discipline for it."

When Tsai was 12, his parents moved their family to the U.S. because of the wider range of educational opportunities. He received his undergraduate degree from the University of California, San Diego, then studied at the University of Alabama School of Medicine and completed a residency at Birmingham Baptist hospitals. Next came a fellowship in nephrology at UC Davis, and in 2002 he joined Nephrology Associates, PC, in Birmingham.

Besides Eric, Tsai's other children range in age from seven to 15, and his oldest daughter Elisabeth is already winning prestigious musical competitions. There's a Tsai family YouTube channel containing more than a hundred performances of their various musical configurations in settings ranging from Samford University's Piano and Chamber Music Festival to the Bowdoin International Music Festival.

"Music was never something we forced on our children," Tsai says. "My wife loves music, but never had a chance to learn it. When I was training our oldest two, our younger ones would come and listen, and I think they developed their musical tastes through that."

Only recently, he says, has he had "the privilege of watching from the audience as my children perform. When they were younger, I was always on the stage to accompany them. But as they got better and better and started playing at summer festivals and competitions, they played with other accompanists and I had the chance to step back and just be a dad. Listening to them gives me a real sense of joy and thankfulness.

While Tsai's personal listening tastes tend toward classical music, he also has a fondness for jazz, especially the work of legendary pianist Bill Evans. The appeal of jazz, he says, is that the music can be "so complex, and yet so spontaneous."

Tsai's life is about to become more complex and spontaneous, when he follows in his parents' footsteps by moving his family to take advantage of greater educational opportunities.

"Through much prayer," he says, "my wife and I felt we needed to foster this God-given talent within our kids. We realized that when Eric and Elizabeth were very young, we had practiced together almost every day, but now we aren't doing the same with the three younger ones." The family will soon be moving to Phenix City, so all their children will be nearer to the Schwob School of Music at Columbus State University in Georgia.

Their son Eric is completing high school early, and "we thought about him attending a school in the Northeast, such as the Julliard School or the Curtis Institute of Music, but that seemed a little bit too far for him to go right now. Maybe in a couple of years."

"I have the best job in the world," says Tsai. "The people at Nephrology Associates have been extremely good to me, and it was a difficult and emotional decision to leave." When he looked into nephrology positions near their new home, he received an offer from old friend who is the director of the hospitalist program at East Alabama Medical Center.

"I'm not sure yet about everything that being a hospitalist entails," Tsai says. "Maybe it'll be somewhat like being a resident again. But if I get more hours to spend with my children, then it's all very good.

"God endowed our family with this special gift of music, and I want to be faithful to develop it and use it to honor Him and bless people." 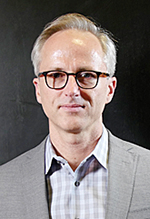 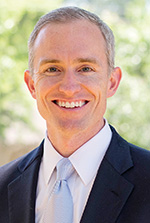