The Challenge of Osteoporosis 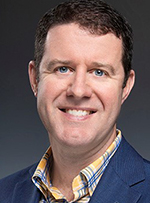 "The main reason osteoporosis is such a poorly appreciated and treated problem is because, in and of itself, it doesn't directly cause pain or death," says Chris Heck, MD, an orthopedic spine surgeon and osteoporosis physician champion at Southlake Orthopaedics.

Yet bone fractures related to osteoporosis are responsible for more hospitalizations than heart attacks, strokes, and breast cancer combined, according to the Bone Health and Osteoporosis Foundation (BHOF), which recommends that any patient 50 or older who suffers a fracture be evaluated for osteoporosis. The cause of the injury -- whether a low-energy or high-energy fracture -- does not matter.

Heck had an older patient come into surgery after breaking both her ankles in car wreck. She had never shown any signs of osteoporosis. "When I operated on her ankles, her bones were like mush. It was like operating on mashed potatoes," he says. "She definitely had osteoporosis."

But she had never even had a slip-and-fall at home. Her condition led to extra surgeries to fix her ankles because the severely weakened strength and density of the bones inhibited the ability to anchor the surgical screws. The worst-case scenario in these cases leads to amputation. All which could be eliminated if she had been diagnosed and treated for the condition.

Osteoporosis weakens the bones by leeching minerals out of them through the blood. "Your bones are like wood on the outside, but flush with blood in the spongy inside," Heck says, "which is why X-rays miss the signs of the disease because they primarily illuminate only the outside of the bone." When the body cannot find enough needed minerals, such as calcium, magnesium and phosphorous, from the daily diet, it starts pulling them from the bones.

Women are particularly susceptible because of menopause. Everyone loses about three percent of their bone density per year starting around age 30, which is when humans attain the maximum density. Because of the hormonal changes of menopause, however, women start to lose density at 10 percent per year, and can show signs of osteoporosis in their 50s and 60s. Men also get the disease, just not typically until their 70s and 80s.

Once someone with osteoporosis breaks a bone, they have an 80 percent chance of breaking another in the future. That makes checking for the chronic condition with a fracture imperative, whether high or low-energy cause, to get the patient on treatment.

"The only thing that can be done to improve bone density is medications," Heck says, though load-bearing exercises can decrease that rate of loss. "Supplements also help to a degree, but no one knows how much gets into the blood."

Osteoporosis medications fall into two categories. Anti-resorptive medications, such as Fosamax (alendronate sodium), block the body from absorbing the minerals inside the bone. "If you're already low density, it just prevents you from getting lower. It does not make your bones stronger," Heck says. "But studies do show a statistical decrease in the rate of future fractures, so they have a purpose."

If a patient breaks a bone while on an anti-resorptive, they should switch to an anabolic drug. This second category of osteoporosis medications actually increases the bone density. "Depending on how low you've gotten, you may never reach where you want to get, but the statistics show they decrease the risk of future fracture by 75 percent," Heck says.

For patients reticent to take medications, Heck points out studies that show if an osteoporotic patient breaks a hip, they have a one in five chance of breaking the other one in the next 12 months. More persuasive still is talking to their children and showing how readily osteoporosis can indirectly lead to death. If someone over 65 years old with osteoporosis breaks a hip, studies show a one in three chance of dying within a year. Causes include blood clots, pneumonia, and infections, such as from bed sores. "You die due to complications from your age and recovery from a hip fracture," Heck says.

Approximately 10 million Americans have osteoporosis and 44 million are at high risk for its development due to low bone mass, according to BHOF. Orthopedic surgeons hold a unique opportunity to identify osteoporotic patients. Their usual fix-and-release routine on surgical procedures with osteoporotic patients can be expanded to include bone density tests with a recommendation to see their primary care physicians for treatment. "It's a silent killer," Heck says.