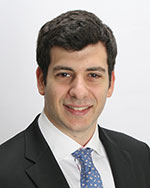 There are now medications for treating cardiac amyloidosis, specifically ATTR-CM, that increase the value of diagnosing the disease. "If you see a pattern of symptoms, keep cardiac amyloidosis in mind because we have treatment options for the disease itself," says Rayan Saab, MD with Cardiology PC. "Put it on your differential, don't dismiss it."

Cardiac amyloidosis comes in two forms. Light chain amyloidosis (AL) behaves more like a blood disorder, where the immune system produces too much of the light chain protein which clumps together and deposits into different organ systems, including the heart. "You treat that with chemotherapy, like you would treat blood cancer, like blood myeloma," Saab says.

The breakthroughs in the past few years have come in treating transthyretin amyloidosis cardiomyopathy (ATTR-CM). The condition results from the transthyretin protein, which helps carry the thyroid hormone and vitamin A in the blood, building up directly in the heart tissue causing it to thicken. In the past, nothing existed to treat the disease itself, leaving only treatment for the symptoms of congestive heart failure.

The way ATTR-CM symptoms mimic congestive heart failure makes it easy to overlook. The heart continues pumping in the normal range for a long time, despite more protein clumping in the tissue. "When looking at the echocardiogram, clinicians see stiffness and thickness, but assume it is resulting from chronic high blood pressure," Saab says. "Everybody is reassured because no one is reporting symptoms, and they treat it with diaresis, but do not treat the underlying pathology."

An echocardiogram offers a more specific scan for both ATTR and AL now with strain patterns that reveal the typical appearance of amyloidosis.

If there are any suspicions of amyloidosis, perform a technetium pyrophosphate scan, which uses a unique tracer that binds to that particular protein and lights up on the nuclear camera. "We compare the uptake in the heart to the lung or body uptake," Saab says. "It has to have a certain ratio, and it's very specific to ATTR. But it's close to 100 percent accuracy excepting timing and human error."

A genetic test can ascertain if the ATTR results from genetics or if it stems from the wild type, which is the most common in older patients with an average age at diagnosis of 74 years. African Americans are most likely to carry the amyloidosis genes at around four percent of that population. "That does not mean they have amyloidosis. They just have the mutation and may live without ever presenting the disease," Saab says, stressing that a genetic mutation test can help make a diagnosis, but a positive genetic test is not a reason to treat for the disease.

"The gold standard for cardiac amyloidosis testing is to biopsy the heart," Saab says, if a definitive yes or no is needed. "But if you take too big of a bite, you can end up with bad complications. Perform the other tests first and then if everything is pointing to amyloidosis, go ahead and treat for it."

Two medications exist for ATTR-CM. They work a little differently with the same goal of stabilizing the transthyretin protein, which slows the progression of the disease. Diflusinal, a non-steroidal, anti-inflammatory medication, has had FDA approval since 1996, but not for ATTR-CM use.

Though used off-label, it was the only option until 2019 when the FDA approved tafamidis. "We like tafamidis because it prevents the dissociation of the protein into the lower component that eventually clumps to form the amyloid protein with no anti-inflammatory effects, unlike diflusinal which has anti-inflammatory properties that can lead to fluid retention and enlargement, which inhibits the heart's ability to remodel and redistribute the remaining heart cells in a better way to recover function.

"Can we keep amyloid controlled for 20 to 30 years? It's too early to tell, but the data is promising. Having been out for only three years, the short-term effect on ATTR-CM patients shows mortality has dropped by about 30 percent, with a similar reduction in hospitalization. It used to be that with ATTR amyloid, we treat you for heart failure and keep you going for as long as we can. Now we can slow it down so patients may live with it for a long time."

What impedes the use of the drugs is lack of diagnosis. "Because diagnosis is not made early, we catch these patients at the tail end," Saab says. "Because we now have treatment options, physicians should rule out amyloidosis and be aware of other symptoms, such as kidney disease or carpal tunnel syndrome."