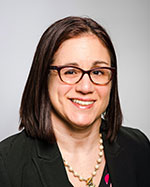 For centuries, people with Sickle Cell Disease have suffered the excruciating pain of a crisis. The muscles and organs of their body are starving for oxygen because there are too few healthy red blood cells to carry it. Compared to other diseases with the same or lower incidence, research has been underfunded, resulting in fewer treatments and medications to ease the effects.

Now, however, we are beginning to see more new options. One of the most exciting is a gene therapy called LentiGlobin being developed with the help of research from the University of Alabama at Birmingham. A report on the progress of the therapy was just published in the New England Journal of Medicine.

Principal investigator Julie Kanter, MD, director of the UAB Adult Sickle Cell Clinic, says patients in Group C treated with the most recent form of this therapy are seeing significantly improved outcomes, and so far, a complete resolution of severe pain crises.

"In Sickle Cell disease, the hemoglobin is broken and there is a genetic spelling error in the blueprint for making it. There are several approaches we can take using gene therapy to correct an error. We can edit it or turn the gene off to silence it. In this case we're using a viral vector like an envelope carrying a letter to add or transfer a healthy gene that has been producing stable amounts of red cells containing hemoglobin," Kanter said.

Several years ago, the trial began with patients in group A. Researchers were pleased to see improvement, but there wasn't as much improvement as they had hoped for. The trial was paused when two patients developed leukemia. After more investigation, they concluded that it wasn't the therapy that seemed to be causing the leukemia. It was more likely the stress of an inadequate response that led to the problem.

Several improvements later, Group B was launched and the response in patients was much better.

"The therapy inserts HbAT87Q, a gene that makes a slightly different type of hemoglobin that is less likely to cause cells to sickle and it can be measured more accurately, allowing doctors to determine how much hemoglobin a patient is producing and how much is coming from transfusions," Kanter said.

After more fine-tuning, research with group C began. The response has been exciting. People in this group have been producing stable hemoglobin for three years. There might be a temptation to call it a cure, but Kanter is cautious, though hopeful.

"We haven't yet been able to see whether the therapy is slowing or stopping the damage to organs," she said. "We will have to follow patients a few years before we have answers to that question. We also still don't know whether the new cells are as strong and durable as those in people who don't have the disease. Red blood cells normally live for around 120 days. Initial findings suggest the new cells may not live as long. Could that have a cumulative effect that could be a problem?"

Even with these questions unanswered, a therapy that can end the pain for so many people is a major step forward. The CDC estimates that around one in 13 African Americans carry the Sickle Cell trait, and one in 365 is born with the disease.

Contrary to the general impression, almost anyone can carry the trait or have the disease, especially if they have ancestors that come from an area that is at high risk for malaria. One theory suggests that Sickle Cell disease evolved as a genetic adaptation to fight malaria.

"Sickle Cell Disease is a problem in India and a major concern in Africa and it is also found in the Middle East and in Africa," Kanter said. "We still have spaces available for volunteers in the current trial.

"We want everyone living with Sickle Cell to know that we want to help, even if they are not in a trial. This has long been one of the great health disparities. Everyone living with this disease deserves to have the care of a Sickle Cell doctor and access to new medication and treatments that are becoming available."