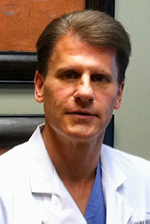 A new device can deliver some permanent relief to the estimated 19 million Americans who suffer from chronic nonallergic rhinitis. Cleared by the FDA in November, Neuromark Rhinitis Neurolysis Therapy (RNT) uses a multi-point array to deliver radiofrequency energy that disrupts the posterior nasal nerve. "The heat ablates the nerve," says Michael Sillers, MD, rhinologist at Alabama Nasal and Sinus Center. "This seems to be a durable, permanent disruption of the nerve that is related to all the symptoms."

Sufferers of this form of chronic rhinitis endure runny noses, post-nasal drainage, and congestion due to the inflammation of the nasal mucosa. The triggers range from odors, weather, and temperature to medications and age.

The condition can not only be an aggravating nuisance and impede nasal breathing, it can lead to chronic sinusitis, nasal polyps, and ear infections, along with diminishing a patient's quality of life. "For some people, it can become a social issue," Sillers says. "They quit eating around anybody because of the discomfort of blowing their nose at the dinner table."

Since the cause of nonallergic chronic rhinitis is not an immune response to allergens against which a patient can build an immunity, treatment has relied primarily on medications to deter the nasal membrane inflammation, including corticosteroids, anti-drip anticholinergic sprays, and antihistamines. However, few patients with a moderate or severe condition see much, if any, cessation of their symptoms.

The ablation of the post nasal nerve to halt the inflammatory response, however, brings notable and permanent relief. "We see about 60 to 70 percent less symptoms," Sillers says. With the diminished intensity of symptoms, medications can then offer greater impact.

Neuromark is not the first to treat rhinitis by blocking the post nasal nerve, nor to use low-temperature radiofrequency for this procedure. RhinAer, which also employs heat generated by radiofrequency, received FDA clearance in March 2020. The first device to be cleared for the non-invasive approach, however, was ClariFix in 2017, which applies controlled freezing to create the lesions that disrupt the nerve instead of heat.

Initially, an immediate drawback to using cold was ice-cream headaches in about 10 percent of those treated. "Now we've figured out if you use the appropriate anesthesia--inject that area before the procedure--it reduces the likelihood of the headache," Sillers says. "It doesn't seem to be a big deal anymore."

The procedure for all three devices follows the same steps. The patient receives a topical or possibly a local anesthetic. Then the ENT inserts the rod-part of the device into the nostril for two or more inches to reach the nerve. Utilizing endoscopy to create a view on the monitor, the surgeon the applies the heat or cold to each of the four or five branches of the nerve along the lateral nasal wall. "It takes a minute or less on each side of the nose," Sillers says. "The biggest time is spent administering the anesthesia." Post-procedural discomfort requires only a Tylenol.

Between the two radiofrequency devices, the difference with Neuromark lies in the design and its biofeedback. RhinAer uses a single flexible probe. "It has a small tip with an electrode on the end. You treat one spot, then move on to the next, treating four to five areas in each nasal passage," Sillers says. "It's a short treatment of 12 to 15 seconds at each site."

The Neuromark device also enters the nostril as a single probe but with the push of a button, it deploys wire loops resembling the petals of a flower. With the wider array of electrodes, the ENT can acquire more tissue acquisition. "But you don't treat all five leaflets at once. You treat one, then the next," Sillers says.

The Neuromark also monitors biofeedback from the tissue. When it determines enough energy has been delivered to ablate the nerve, it stops the treatment. That prevents mucosal damage that can cause sloughing and some bleeding while healing.

Sillers, who consulted with the developers on all three devices, does not see one standing out over another in outcomes. "In early studies, they seem to be equivalent," he says. "It's really down to a physician's preference."

The big difference lies in the hand piece and how it is utilized. "Neuromark is the most sophisticated in how it applies the energy," Sillers says. "I do like the design of its handpiece and how it's deployed."

Many sufferers of chronic non-allergic rhinitis never receive a chance at these treatments because of misdiagnosis. "For patients who complain of post nasal drainage, it can actually be reflux-related," Sillers says, "because about half of reflux patients never exhibit heartburn. It's one of the biggest masqueraders of rhinitis."

Most rhinitis patients respond to medications to some degree, and a CT scan can rule out chronic sinusitis. "Do an exam on the voice box. If you see subtle features of inflammation, it's not from rhinitis but from reflux," Sillers says. "Treat them for two or three months for reflux, and you become their hero."