Billing Under Another Provider's Name Can Land Physicians in Hot Water 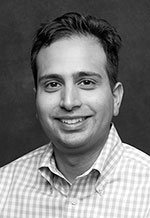 When it comes to Medicare, billing under the wrong physician's ID can cost doctors and hospitals - literally. Consider these three recent incidents that, taken together, resulted in more than $7 million in penalty payments to the government:

In 2018, CityMD, the largest urgent care company in the New York area, paid more than $6.6 million to resolve allegations under the False Claims Act that non-credentialed physicians billed the government using the National Provider Identification (NPI) numbers of physicians who did not provide the services.

And an Oklahoma physician agreed to pay the government $580,000 to resolve allegations that he violated the False Claims Act by allowing his employer to use his NPI to bill Medicare for physical therapy evaluation and management services furnished by other providers.

While it is possible to bill for services by one provider under the name and NPI of another provider, healthcare organizations must be intimately familiar with the rules and requirements where such billing is allowed. The following is an explanation of the law that applies and best practices to follow, so physicians and healthcare organizations stay out of trouble.

Medicare-funded services generally must be billed under the name and NPI of the provider who actually performed the services. Billing under one provider's name and NPI for services that are furnished by another provider may be fraudulent if the identity of the person performing the services would be material to the government's decision to pay the claim.

The government does, however, generally permit the services of one provider to be billed under the name and NPI of another provider in two circumstances:

First, where the services of auxiliary personnel (including both physicians and non-physician practitioners) are billed "incident to" the professional services of a physician.

Second, where the services of a substitute physician are billed under the regular, but unavailable, physician's name and NPI on a temporary basis (locum tenens1 and reciprocal billing arrangements).

The "incident to" billing rules have strict requirements and only apply to certain services. The requirements can be found in the Medicare Benefit Policy Manual at https://www.cms.gov/Regulations-and-Guidance/Guidance/Manuals/Downloads/bp102c15.pdf

Starting at section 60, Locum tenens and reciprocal billing arrangements have very specific and stringent requirements that can be found in the Medicare Claims Processing Manual in sections 30.2.10 and 30.2.11. https://www.cms.gov/Regulations-and-Guidance/Guidance/Manuals/Downloads/clm104c01.pdf

Failure to comply with the requirements for each billing arrangement could subject providers to significant liability under the False Claims Act, which imposes fines and penalties in cases when a person knowingly submits false claims to the federal government.

Best Practices when Billing Under Another Physician's NPI Number

It's important to note that the "incident to," locum tenens and reciprocal billing rules are Medicare rules and may not apply in the context of private payer billing. This means it's critical that doctors understand their health plan contracts and what they do and don't allow. Billing providers will indicate whether they cover billing under these arrangements in their contracts.

Document everything when billing under these arrangements

A healthcare organization must retain records of a locum physician's NPI and all the services that individual provided. This documentation will benefit the organization in the event of an audit.

Errors are common with locum tenens and reciprocal billing arrangements. Billing incorrectly can lead to audits and regulatory penalties. Clearly defined procedures and communication among practitioners, clinical staff and billing staff (if applicable) are essential.

Billing under another provider's name and NPI without complying with Medicare's strict requirements can carry significant penalties, violate commercial payer contracts and subject an organization or physician to criminal liability under federal law. Practicing medicine is complicated enough these days. Doctors should understand those (and other) Medicare billing rules so they can focus on their patients, not administrative errors that can be avoided with knowledge and care.

As a regulatory attorney, Raj Shah provides consultation to MagMutual policyholders regarding federal and state regulatory matters in the healthcare arena and prepares risk management educational materials on best practices regarding healthcare compliance.