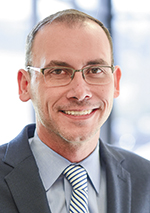 Urology Centers of Alabama (UCA) is readying a new center dedicated to men's health, which will open in the first quarter of 2022. The UCA Men's Health Center will aim to provide specialized healthcare to men even if they don't have a primary care physician.

"Men are notorious for not seeking out preventive health care," said Jason Biddy, UCA CEO. "They often wait until they have symptoms or it's too late. We're trying to create an environment to attract a younger generation of men. We will treat all ages, but if we can get them in during their 40s and 50s, and they get used to coming regularly, there will be greater long-term benefit to their health."

The center will focus on five areas of health:

"We hope to be a one-stop shop for a man who doesn't have a primary care doctor," Biddy said. "While we don't fully function in that way, we can look at whether he needs a cardiac consult or whether it's time for a colonoscopy. We can't do those procedures, but we can facilitate that care with other specialists in the community."

Biddy studied a clinic in Arkansas with a similar approach, and he has goals for how to approach care for each patient by starting with a healthcare checklist. They will complete a sexual health inventory screening, an International Prostate Symptom Score and a Berlin score to assess sleep issues for every new patient.

"There are studies that link sleep apnea with ED and men's health issues," Biddy said. "We want to establish care before it becomes an issue. If they come in and establish care and get baseline labwork, it becomes preventive."

The UCA Men's Health Center will accept patients without physician referral, unless their insurance requires it. "If you are having signs and symptoms of a problem, we can treat you," Biddy said.

UCA will also be moving its current ED department to the Men's Health Center. Patients will be treated by a group of specialty-trained registered nurses, overseen by the UCA urologists.

The center will provide a comfortable atmosphere with leather chairs and televisions set to sports events, along with 10 exam rooms for a more intimate setting. "I don't think peoples' expectations are very high when they go to the doctor," Biddy said. "We are trying to set the bar for patient experience with the atmosphere, the doctors and the service we are going to offer."

Three years ago, UCA opened a women's clinic in Homewood Plaza, and the new Men's Health Center will be next door. "There will be advantages to having the clinics located next door to each other," Biddy said. "We'll be able to treat couples. One of our urogynecologists told me she can treat a female patient, but if her partner is impotent, we can only solve 50 percent of the issue. If we can treat couples, especially when it comes to sexual health, then that becomes a big plus."

Biddy said BPH is another issue that is often a couples' problem. If the husband is getting out of bed five times every night to go to the bathroom, that becomes a sleep issue for the wife. Being able to address the prostate problem improves quality of life for both.