Why Are African American Men Less Likely to Get a Prostate Screening? 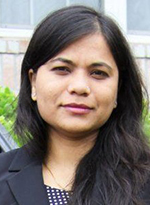 Much of the news we've been hearing lately about prostate cancer has been hopeful. Still, concerns persist. One of the most urgent is the fact that African American men not only tend to be at greater risk of developing prostate cancer--and at an earlier age when those cancers tend to be more lethal--they are also less likely to seek screening tests and more likely to die.

In an effort to encourage testing to detect prostate cancer earlier when it is most treatable, UAB Preventive Medicine researchers at O'Neal Comprehensive Cancer Center have been looking into why screenings aren't happening and happening sooner, as well as strategies for overcoming disparities in early detection.

In the recent study titled Developing Culturally Tailored Interventions to Increase Prostate Cancer Screening Among African American Men," funded by the Mike Slive Foundation, Meghan Tipre DrPH and principal investigator Monica Baskin PhD went straight to the source. They enrolled 130 African American men from four counties, both urban and rural, and used a structured method called group concept mapping to ask them why screenings weren't happening or happening earlier, and got their perspectives on ideas that might help to change the situation.

"We wanted to understand the reasons so many African American men weren't getting screened so that we might be able to change some of the disparities," Tipre said. "The answer we heard most often was that they feared getting bad news if they were screened. Many respondents also said they have much knowledge about prostate cancer screening. They didn't hear about it when they were growing up, and as adults, the topic never came up when they went to the doctor.

"Economics and until recently, lack of insurance, were factors in why routine checkups that might include prostate screening weren't as common as they should be. Workers felt they couldn't afford to take a day off unless they had an immediate need for care. Men who live in rural areas may not have transportation or access to a doctor without the time and expense of driving long distances.

"Another issue was the social taboo and fear of possibly having a digital rectal exam. The emotional discomfort can lead to procrastination and avoidance.

"When we asked participants for their ideas on strategies that might increase screenings, they had several excellent suggestions. They even developed a slogan for early screening that we hope to be using in educational materials--'Don't wait until it's too late. Check your prostate.'

"They were strongly in favor of starting early to educate teenage boys about prostate health much like girls learn about breast health, so that they become more comfortable discussing the subject with other men and their doctors.

"A message to doctors is that they should let men know there are alternatives to the digital rectal exam for screening. A PSA test might help reluctant patients get around the fear and taboo. They would also need someone to explain what the numbers mean and that things like infections can temporarily affect the number so a change in a PSA test doesn't necessarily mean something to worry about."

Getting other health care providers on board could also make a difference. Just as you don't have to be a gynecologist to ask a woman when she had her last mammogram, you don't have to be a urologist to ask a man when he had his last prostate screening. Every health care encounter could be an opportunity to start a discussion that could help a man make prostate screening a routine part of his life--and perhaps one day save it.