By Colin Luke and Nora Liggett 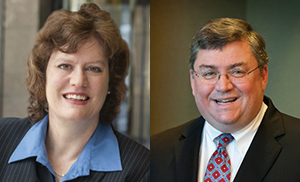 Physician groups should check their income distribution plans to make sure they comply with new Stark changes that will go into effect January 1, 2022.

The Stark change was set out in a final rule (the "Rule") published by CMS in November of last year, and codified in the federal register at 85 Fed. Reg. 77492. CMS issued the new Rule in an effort to clarify and modernize the Stark Law, especially to allow more flexibility for value-based arrangements. Most of the changes were effective January 1 of this year. However, some of the clarifications and changes affect how physician groups can distribute their profits and still fit the definition of a Stark group practice, and those changes will go into effect on January 1, 2022 in order to give groups the time to amend their income distribution plans to be in compliance.

There are several requirements that a group must meet in order to be a Stark group practice. One concerns the compensation paid to the group's physicians. The Stark regulations provide that a physician in a group practice "may be paid a share of overall profits of the group or a productivity bonus based on services personally performed or incident to such personally performed series, so long as the share or bonus is not determined in any manner which is directly related to the volume of value of referrals by such physician."

The Stark regulations go on to state that a share of overall profits will be deemed not to relate directly to the volume or value of referrals if the profits are divided per capita, or if the DHS revenues are distributed based on the group's revenue attributable to services that are not DHS payable by any federal health care program. The Stark regulations also allow groups to split the profits of the entire group, or to form pools of at least five physicians and split the pool's profits among members of that smaller group.

The Stark regulations further provide that a "productivity bonus" may be paid to physicians in the group and will be deemed not to relate directly to the volume of value of referrals if it is paid based on the physician's total patient encounters or work RVUs, or based on the allocation of the physician's compensation attributable to services that are not DHS payable by a federal health care program.

The new Stark final Rule, however, provides several clarifications to how groups may share profits. Many group practices may have to change their method of distributing practice income to their physicians as a result of these changes.

The changes and clarifications include:

No Pools Based on Service Lines.

CMS acknowledged in the preamble to the new Stark Rule that many groups allocate all of a particular service line's revenue to a particular pool of physicians, but CMS said it never intended that. Instead, a group must take all of the profits from the DHS referred by physicians in a pool and use that amount as the dollars to be split among that pool of physicians. It is still permissible to create pools based on physician specialty or practice locations, but the profits to be divided amongst the members of that pool should include the profits arising from all DHS referred by the physicians in that pool.

DHS Profits Can Be Split, But Not Revenue.

CMS clarified that its rule allowing profit shares applies only to the profits of DHS. CMS acknowledged that some groups split all the revenue from a particular type of DHS, but that was never what CMS intended to occur. CMS believes that "a group's distribution of revenues to a referring physician rather than profits, which are calculated by deducting the expenses in furnishing the designated health services, could serve as an inducement to make additional and potentially inappropriate referrals to the group practice."

Profits Cannot be Split Based on nonDHS Referrals if those Referred Services would be DHS if paid for by Medicare.

Some groups split DHS income based on their split of non-DHS revenue, even if the non-DHS revenue is split in a manner that directly rewards referrals. These groups believed that this division of DHS revenue was acceptable as one of CMS's methods of splitting DHS profits deemed not to be based on volume or value of referrals. In the new Rule, CMS revised the language of its "deemed not to relate to the volume or value of referrals" examples to be more consistent with what it says was its policy intent. Accordingly, CMS revised the language of one of its deemed permissible methods by replacing "are not designated health services payable by any Federal health care program," with "and would not be considered designated health services if they were payable by Medicare."

Colin Luke is a partner and a member of the Board of Directors of Waller. He has extensive experience in healthcare transactions and regulatory issues involving a wide range of providers in the academic, governmental, non-profit and for-profit sectors.
Nora Liggett is a partner with Waller where she works with institutional healthcare providers to bridge the gap between strategic objectives and regulatory requirements.