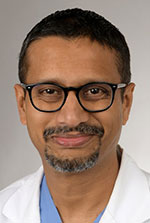 Kidney stones are on the rise in children, especially ages 12 to 18. According to Pediatric Annals, the incidence is increasing by six to 10 percent each year. "Most of the time, kidney stones are the result of what people do to their body," says Pankaj Dangle, MD, pediatric nephrologist in the division of pediatric nephrology at Children's of Alabama. "Too much salt and sugar is a bad combination, along with processed food, junk food, sweet sodas, candies, especially if you're not drinking enough water."

Neither obesity nor genetics play much of a role among the 70 or so patients who come through Children's pediatric nephrology unit each year. The strongest prevention found so far is a balanced diet and plenty of water, which turns out to be challenging to maintain among teens. "It's difficult to get high school or college kids to drink lots of water, just because of peer pressure," Dangle says.

The reason for the escalation in pediatric cases seems to point to societal changes in the past few decades, including grocery store options and kids being more mobile. "At this age, kids have more choices in what they eat and drink with more access to processed foods and fast food. Most of them eat garbage, even after suffering through their first bout of painful kidney stones," Dangle says.

One of his 18-year-old female patients has returned several times. She would continue to eat only chicken nuggets and drink soda despite knowing that would likely lead to another episode. "She would starve herself," Dangle says, "because of body image issues, then only eat nuggets and drink cola to get by because she knew it would maintain her weight. Compliance is an issue with this age group, which is why the stones come back once you have one." Around half of patients this age will face kidney stones again within 12 to 18 months after an attack, which is why Dangle spearheaded an effort to establish a multidisciplinary pediatric kidney stone clinic at Children's.

The only one of its kind in the Southeast, the clinic includes Dangle, pediatric nephrologist Michael E. Seifert, MD, in the division of pediatric nephrology at UAB, and Children's clinical nutritionist Perrin Tamblyn Bickert, MS, RD, LDN, CLC. "We meet with the families to educate them about changing food preferences," Dangle says. "It's hard to change a lifetime of dietary habits and we find that the families are more receptive when the information comes from three specialists. This is important because prevention is better than any cure in medicine."

The teens and their families get the same message from three medical professionals at once, driving home the importance of change, the consequences of inaction, and help moving through those steps. Bickert, one of only two pediatric renal nutritionists in the state, not only formulates a dietary plan, but works with the family to mitigate any instigators of stone formation, such as oxalate, which derives from potatoes, a common food among teenagers. She even identifies for the families which meals offered on their school lunch menus would best serve their child.

The clinic began about three years ago. "The numbers are getting better," Dangle says of those teens and families adapting to new lifestyle plans and returning for follow-ups with the clinic group. "30 to 40 percent of the patients are making the recommended changes."

Though proven to help convince families to alter their unhealthy ways, the bigger problem is convincing families to commit to the clinic meetings. "Once you pass a stone and you're asymptomatic, and you don't have pain so a lot of people don't show up," Dangle says. With no symptoms returning until the next attack perhaps more than a year apart, the usefulness of the ongoing support is not understood.

Pediatricians and primary care providers can help prevent kidney stones as well. Parents often have no idea their child can get kidney stones and how much diet and water intake influence their formation. "Providers can play a big role by honing in about fluid intake, especially in summertime," Dangle says. "A lot of people think that sports drinks are great and are better than water, but they have to be mindful that they're also full of sweetness."