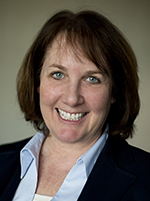 Elissa Charbonneau, DO, MS, who serves as Chief Medical Officer for Encompass Health, has been recognized by Modern Healthcare as one of this year's 50 Most Influential Clinical Executives. This is her second consecutive year on the list.

The recognition program acknowledges clinicians working in the healthcare industry who are deemed by their peers and an expert panel to be the most influential in terms of demonstrating leadership and impact. As chief medical officer, Charbonneau oversees the medical operations for 140 inpatient rehabilitation hospitals across the country.

Charbonneau, who has been affiliated with Encompass Health for 29 years, was named chief medical officer in June 2015 having previously served as the company's vice president of medical services. From 2001 to early 2015, she was the medical director at New England Rehabilitation Hospital of Portland, a joint venture of Maine Medical Center and Encompass Health, where she held a staff physician role since 1992.