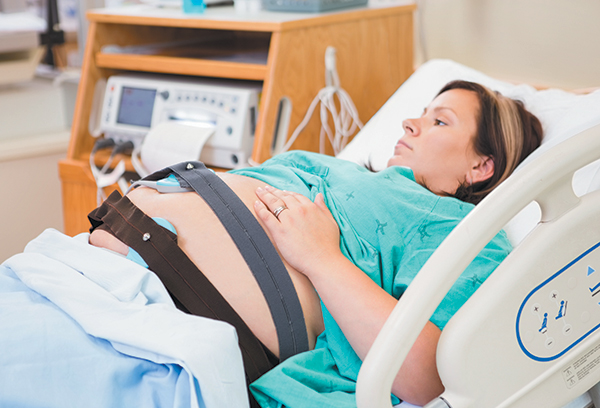 In addition to having one of the highest rates of death in the nation from complications with pregnancy or childbirth, Alabama has a serious problem with mothers who die within the first year after giving birth.

To gain an understanding of this problem, the Alabama Department of Public Health (ADPH) formed the Alabama Maternal Mortality Review Committee (AL-MMRC) a few years ago to research the causes and solutions for the state's high death rate among new mothers. The group issued its' first annual report last October. They found that of the 86 reported deaths in women ages 15 to 55 years in 2016 up to a year after giving birth, 36 were deemed verifiably pregnant and to have died by something related to or associated with the pregnancy versus accidents and homicides.

In working on the report, AL-MMRC collected data from hospitals, coroners, providers, pediatricians and social services. They then verified causes of death and performed autopsies to garner details not found in reports.

They found that two sources unexpectedly dominated the cause of deaths. Mental health played a part in 42 percent of the women, but likely as an indirect cause. "If you have a mental health condition, then you're not going to seek the services you need, and that leads to neglect of other issues, such as high blood pressure," says Janice Smiley, director of the Perinatal Health Division at the Alabama Department of Public Health.

The primary cause contributing to 47 percent of the postpartum deaths that year was substance use disorder. "That was very surprising to me," Smiley says. "Some of them did not start their substance use until after pregnancy."

That statistic, along with the five deaths attributed to suicide, only emphasizes how stressful caring for newborns can be, especially for mothers struggling with economic factors. Two-thirds of the women had been on Medicaid.

That Medicaid coverage runs out after two months. In the report, which included deaths up to one year after giving birth, 67 percent occurred in the 43 to 365-day timespan. "That's very concerning," Smiley says. "My first thought for many of these women is that if Medicaid was their insurer during pregnancy, 60 days after delivery, they don't have access to healthcare."

This is because, while babies' coverage continues under Medicaid, the mother's coverage, unless disabled and can meet certain economic minimums, does not. As the AL-MMRC report revealed, that loss of coverage to the mothers is vital to managing ongoing conditions, such as diabetes and mental health concerns, more so than pregnancy-related problems. "If they still have these health concerns, who do they go see, because they don't have insurance and they don't have providers," Smiley says.

To help contend with addiction in new mothers, the ADPH mental health division is presenting providers with information on how to identify patients with substance use disorder and where to send them for help.

ADPH has also created a 24/7 Help Line (844-307-1760) for mothers dealing with addiction. Callers connect with trained and certified peer support who themselves are substance users now in recovery. "When they call that number, they get access to someone who can work with them, and help them get on the road on to recovery if that's where they want to go," Smiley says.

Although there is not currently a program to deal with the mental health issue, ADPH has formed a committee tasked with this. "Care for mental health hasn't taken off like substance use disorder because there has been substantial federal funding for substance abuse and funding always makes a difference," Smiley says.

"The real answer to maternal mortality begins with activating ongoing healthcare for mothers," she says. "With nearly 70 percent of these mothers documented with preexisting medical conditions, the need is obvious. When you're talking about birth outcomes, you can't separate the mother from the baby. When we look at infant mortality rate, it's an indicator of the overall health of the women of childbearing age within our state."

The expansion of Medicaid in Alabama would address the issue, as long as extended postpartum care is selected as part of the offering. "If you don't have insurance to go to a provider to address those chronic conditions, they just get worse. It all goes together," Smiley says. "We cannot separate them."